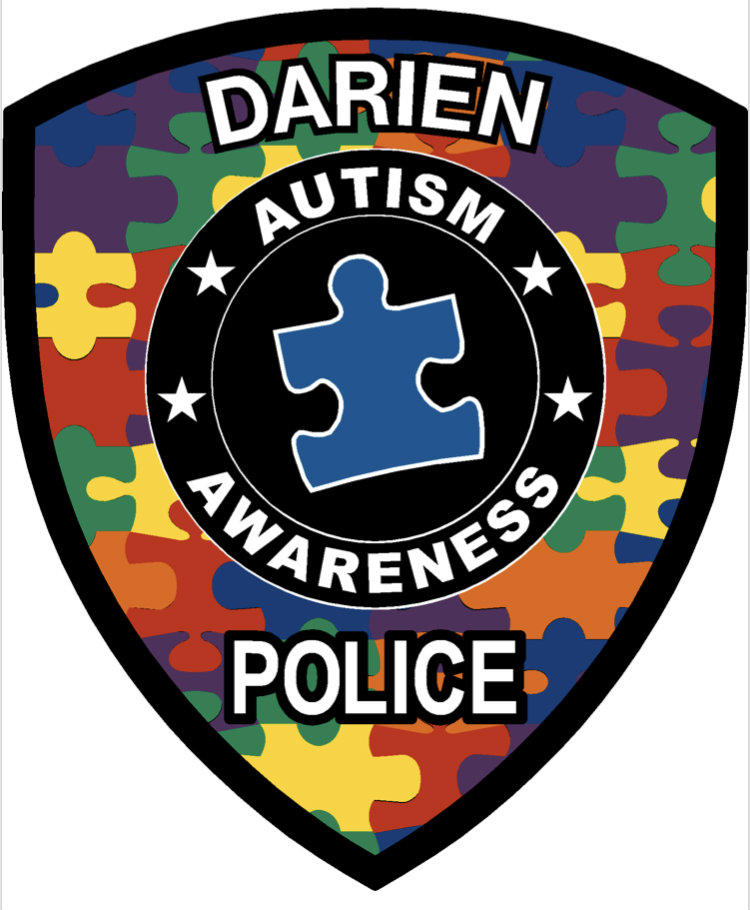 This is what the magnet will look like on Darien patrol cars and other police vehicles through April.

The Darien Police Department is a proud supporter of Autism Awareness Month.  Throughout the month of April, we will be joining hundreds of other agencies across the country in displaying a special Autism Awareness magnet on our police vehicles as part of the “Autism Patch Challenge.” 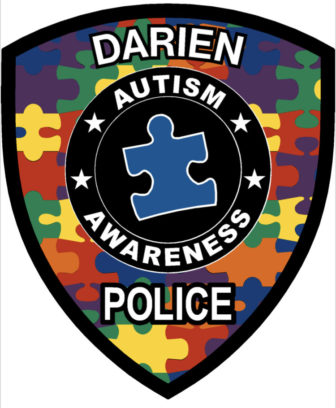 This is what the magnet will look like on Darien patrol cars and other police vehicles through April.

The Autism Patch Challenge began in 2017, and originated in New Rochelle, New York by New Rochelle Police Detective Chris Greco in honor of his son, Christopher, who is non-verbal.

Greco has created a charitable foundation, “Christopher’s Voice,” which provides various support options for families with autism, and focuses on emergency responders.

Spearheaded by Officer Rich Flood, the Darien Police Department will now be participating in the Autism Patch Challenge as well.  Officer Flood has coordinated this effort and saw to it that the police car magnets and uniform shoulder patches were designed and created.

With the financial assistance of the Darien Police Association, the magnets and patches have been manufactured and will be soon seen prominently displayed on our vehicles.

Research shows that persons with autism and other developmental disabilities are approximately seven times more likely to come in contact with law enforcement than the general population.

The actions or non-responsiveness of people with autism are almost always misinterpreted by untrained individuals.  Inappropriate social responses and non-contextual emotional outbursts, commonly seen in people with autism, can cause confusion at best and spark conflict in worst case scenarios.

However, these situations can often be easily resolved when the officers and professionals involved have the information they need to navigate through what can be a complex situation.

During the month of April, several Darien officers are scheduled to attend a training seminar to learn how to become more aware of the condition of autism, its symptoms, and the characteristics commonly seen in individuals who are affected.

The primary goal of the training is to enhance officer and citizen safety, and to be able to proactively work with individuals with autism, their families, and advocacy organizations.

In addition to the training, officers will also receive “go-bags” for their patrol vehicles that will be filled with items to facilitate interactions with persons with autism.