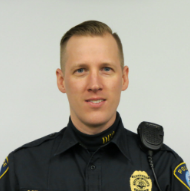 In a notification letter, Dr. Nancy Rodriguez, Director of the NIJ, said Johnson’s selection was in “recognition of Sgt. Johnson’s ability to effectively infuse research into policy development within the Darien Police Department …”

The LEADS program carries a goal of “identifying and developing the next generation of law enforcement leadership, and encouraging the use of evidence-based research to advance criminal justice throughout the nation.”

Johnson will travel to San Diego, California in October to participate in round-table discussions including the International Association of Police Chiefs Research and Advisory Committee and the NIJ’s research track “What Works and What Matters in Policing.”