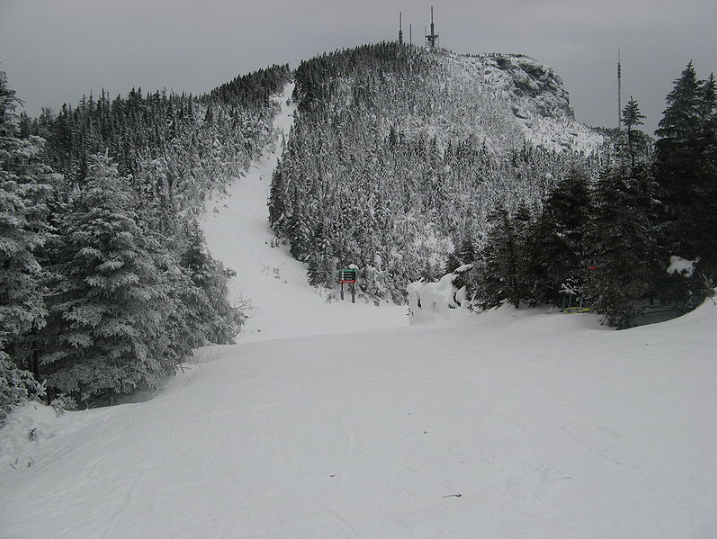 A slope at Stowe Mountain Resort

While skiing with his brother in Vermont on Saturday, Feb. 29, Andrew Hyrb, 36, an experienced skier from Darien, became lost and fell from a cliff, Vermont state police said. Hyrb succumbed to his injuries.

Hyrb and his brother, Alexander Hyrb, 35, of Norwalk, had become disoriented while skiing at the Stowe Mountain Resort. The two were familiar with the resort, but had skied off the trail into the woods. According to news releases from Vermont state police, they received a report about the two lost skiers at 6:36 p.m., Saturday.

The skiers were found after a two-hour search that evening. The younger brother was found uninjured and was helped out of the woods.

“It appears that Andrew lost his footing while trying to look over the edge of the approximately 220-foot cliff and fell,” Vermont state police at the Williston Barracks said in a news release. He was not alive when searchers found him at the bottom of the cliff.

“This incident has been determined to be an accident, and Andrew’s injuries were consistent with having fallen from the cliff.”

When the brothers skied into the woods, they became disoriented and couldn’t find their way out. They went 1.5 to 2 miles through the woods from the Sensation Quad lift at Spruce Peak at the resort before coming to “Doug’s Route,” an ice climbing route.

A slope at Stowe Mountain Resort

According to a detailed report on the VT Ski + Ride magazine website:

The brothers set off at 3:20 p.m. for backcountry skiing near Spruce Peak at the resort. “More than 35 inches had fallen in the area over the last four days, and everywhere skiers were venturing out of bounds to find first tracks in what felt like bottomless powder.”

At 5:30 p.m., one of the brothers texted a friend that they were having difficulty finding the way,  Neil Van Dyke, search and rescue coordinator for the Vermont Department of Public Safety. They had a topographical map with them, but it didn’t help.

Conditions on the mountain were so difficult for rescuers that Van Dyke did something that state police don’t often do — he asked for help from the U.S. Army Mountain Warfare School at Camp Ethan Allen in Jericho, Vermont. Soldiers in the school train regularly on the cliffs at the resort.