Joseph Giulietti is finishing his first year as commissioner of the state Department of Transportation. He’s been busy and less visible in recent months, so imagine my surprise when he offered me a one-on-one, no-holds-barred interview. 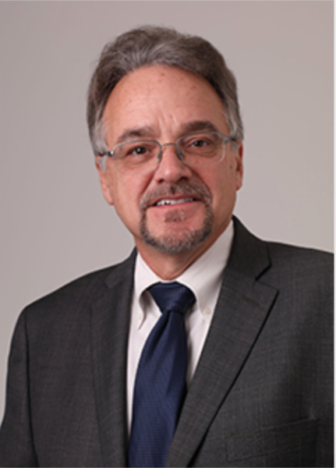 Joseph Giulietti, commissioner of the state Department of Transportation

That’s music to my ears, and I hope he feels the same way after reading this column.

Our conversation covered every aspect of the state DOT’s operations from Metro-North to CT2030 to tolls, which we’ll discuss in next week’s column. Here are some highlights.

I reminded the commissioner that before he joined the state DOT, he authored the infamous “30-30-30” report as a consultant to the Business Council of Fairfield County, arguing it was possible to speed up trains to be able to go between Grand Central Terminal, Stamford, New Haven and Hartford in 30 minutes per leg. Any regrets at such a promise?

Giulietti said such speeds are still possible — in a few years. He wants to increase train speeds, redo some bridges to avoid slowing down and save “five minutes here and 10 minutes there.” He also held out hope for faster service on Metro-North trains to Penn Station (after the Long Island Railroad’s East Side Access project is finished going into GCT).

“We’ve got cellphone data from the feds showing that 40 percent of riders to Grand Central continue south to Wall Street, but 20 percent go west toward Penn Station,” he added.

He also held out hope for limited, rush-hour nonstop express service from New Haven and Stamford to GCT.

As for new rail cars, the additional 66 M8 cars that were to be delivered this year “are running a bit late,” but he called the M8s a tremendous success. Those M8 cars were supposed to also run on Shore Line East, but even with 405 M8s, the state DOT doesn’t have enough of them even for the mainline given increased ridership.

But he says electrification of the Danbury and Waterbury branch lines just isn’t in the cards due to the cost.

As for fares: He couldn’t say if they’d go up because he doesn’t know how much money will be in the Special Transportation Fund. But he did pledge cost savings in his department, calling possible rail service cuts “the worst of all worlds.”

While the Walk Bridge project in Norwalk is running late and over-budget, he blamed litigation and said he has firm funding commitments from Amtrak on that bridge and the one over the Connecticut River.

But will the state DOT have enough talented engineers after 2022 when 40 percent of the department’s most experienced staffers will be up for retirement? The commissioner said succession planning is a huge priority for him. He’s even grooming replacements for his own job.

But among the rank-and-file, it’s hard to keep talent.

“I can’t hold onto someone with a CDL (Commercial Drivers License),” he said, “Some of the towns are paying more (than the state DOT).”

With a special session of the legislature coming up in January to consider tolls, there’s a lot hanging in the balance. What does Giulietti think of his boss — Gov. Ned Lamont — and Patrick Sasser’s “No Tolls CT” movement?

Those frank comments next week in the second part of our conversation.