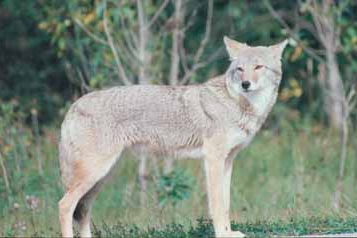 Photo from a 2017 Darien PD announcement

New Canaan Police are urging Waveny Park visitors to avoid trails and areas of tall grass Thursday after a coyote bit a woman taking a morning walk there with her dog.

— an article from NewCanaanite.com.

At about 6:30 a.m., a woman was bit in the backside by a coyote near the walled garden east of Waveny House, according to police. 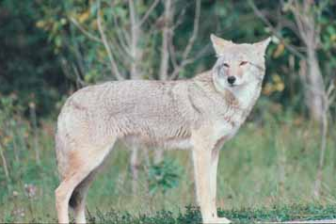 Photo from a 2017 Darien PD announcement

Officer Allyson Halm, head of the New Canaan Police Department’s Animal Control section, said it’s unclear at this point whether the coyote is sick or was exhibiting “escorting” behavior while denning.

She’s patrolling the park today and warning walkers to be alert.

The woman who was bit declined to undergo medical treatment but is seeking medical advice, officials said.

She was in Waveny walking a dog and her husband was nearby with a larger dog on a leash when they saw the coyote and tried to haze the animal, unsuccessfully, Halm said.

“It clearly wasn’t moving or was closing closer to her,” Halm said. The woman bent down to pick up her own small dog because the coyote wasn’t responding to the hazing, and that’s what it bit her, she said.

The state Department of Energy and Environmental Protection has been contacted, Halm said, and she will ask the agency about further action that could include identifying a possible den and trapping the animal.

Last spring, a coyote exhibiting signs of “escorting” park visitors bit a dog in Waveny, prompting officials to warn visitors. That incident happened near the sledding hill, in the same general area as the walled garden.