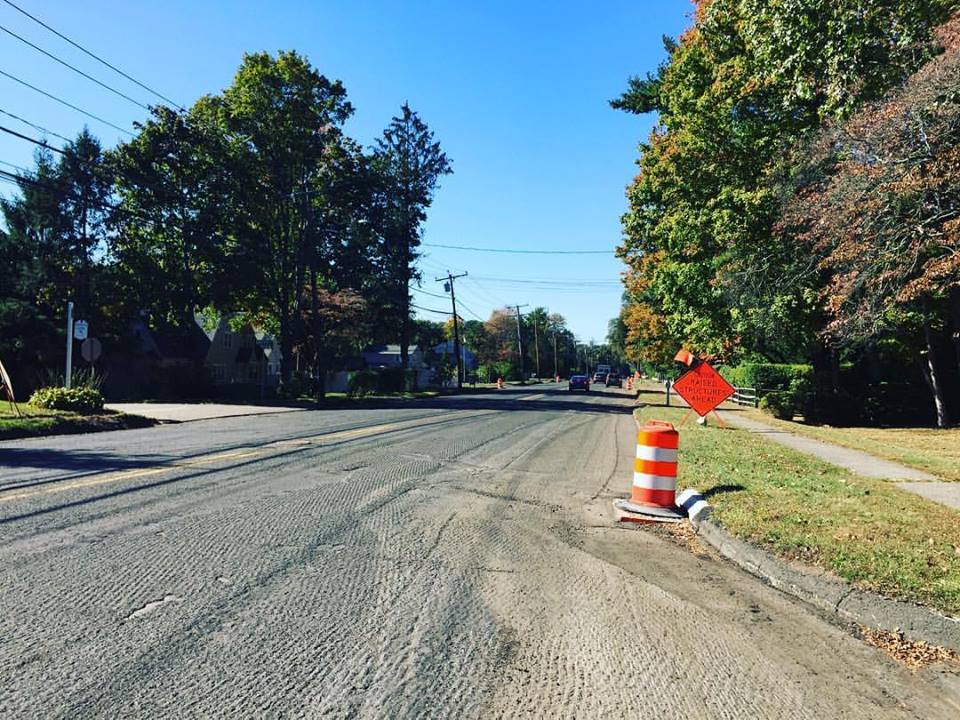 The Post Road paving project in Darien was stalled between the milling of the road and repaving in October.

Tired of driving on potholed roads? Who isn’t? We may not (yet) have tolls, but the terrible condition of our highways takes its toll on our vehicles with bent rims, alignments and other repairs.

There are more than 10,000 lane miles of state highways in Connecticut, of which only 300 are repaved each year. But that work involves more than just slapping a new layer of asphalt on those roads.

Repaving projects require years of planning to make sure all necessary utility work, drainage projects and water mains are finished before the state Department of Transportation begins the actual resurfacing.

Catch basins must be realigned, curbs replaced and sometimes even the guard rails raised before any work can be done. Nothing pains the state more than to see a newly repaved road get dug up, creating cracks that can lead to potholes.

The state DOT issues contracts for all repaving projects rather than using its own crews and those contractors must be sensitive to abutting neighbors, including businesses, which don’t want to be interfered with during construction.

As a result, most work is done at night with contractual obligations to return the road to use by the morning rush hour. The state DOT inspectors monitor every step of the project.

The repaving work begins by “milling” the old asphalt off the roadway, removing anywhere from the top inch to as much as 6 inches. Some highways have up to 15 inches of old asphalt.

The old asphalt is recycled and about 10 percent of it is reused after necessary refining.

Ideally, milling is quickly followed within a few days by the repaving. However, like with the recent Route 1 repaving project in Darien and Stamford, the contractor’s other obligations can leave the highway milled but unpaved for days or even weeks.

The Post Road paving project in Darien was stalled between the milling of the road and repaving in October.

Laying down the new layer of asphalt can progress quickly if the road isn’t heavily traveled at night. The fresh layer of new (and recycled asphalt) is usually 2 to 3 inches thick.

The state DOT coordinates with each municipality’s Local Traffic Authority to designate the new traffic lanes with striping.

Some municipalities want narrower lanes and wider shoulders, either for bicyclists or pedestrians. But because these are state highways, the state DOT always makes the final call.

The Office of the State Traffic Administration, a subsidiary of the state DOT, sets the speed limits, sometimes higher than local authorities prefer. State DOT officials say they look for consistency as state roads cross town lines so, for example, a two-lane highway with a 40-mph speed limit is not suddenly reduced to one lane with a 25-mph limit.

The latest technology used in striping is a recessed epoxy compound. The new pavement is carved out to about the depth of a penny before painting. This increases the life of the striping after tough winters of plowing and sanding.

After the work is done, inspected and approved, the new paving can last anywhere from eight to 15 years, depending on traffic.