Janet King has been hired as the new executive director of the Community Fund of Darien, replacing Carrie Bernier, who has accepted a job elsewhere.

A Darien resident, King has been  director of volunteers at Person-to-Person in Darien for the last eight years. 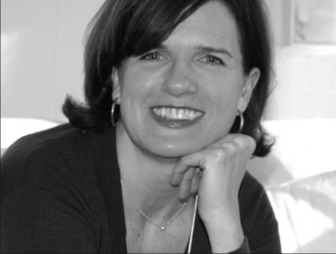 Janet King, who has been director of volunteers at Person-to-Person, is the new executive director of the Community Fund of Darien.

King “brings a wealth of experience, talent and enthusiasm for Darien and community philanthropy to our organization.” Frank Huck, the Community Fund of Darien’s board chair, said in a news release sent Monday morning by the organization.

As P2P’s director of volunteers, King has been responsible for recruiting, coordinating, training and managing more than 4,000 volunteers. She was also responsible for developing and implementing the P2P mobile food pantry to address basic needs access for local communities.

She also has experience in program management, employee training, and marketing, from a variety of companies including Western Athletic Clubs, Brooks Brothers, Esprit de Corp and May Company.

King is a native of Cleveland, and has worked in New York City and Silicon Valley. Janet is a graduate of The Ohio State University with a degree in Business Administration and Marketing.

“’I am honored to carry on the tradition of the Community Fund of Darien in bringing resources and people together to help strengthen the local community which we call home,” King said.

“As sad as I am to have Janet leave P2P, I am very happy for her,” said Ceci Maher, executive director of Person-to-Person. “Janet has been with P2P for almost 8 years and has done a wonderful job of helping P2P grow to three sites, instituting new Salesforce volunteer modules, creating corporate relationships, and ensuring that client’s needs are met.”

The Community Fund of Darien announced in early April that Carrie Bernier would be departing in order to head up the Norwalk Community College Foundaton as executive director. The search to replace her lasted almost four months with seven candidates interviewed.

Huck thanked the search committee, and “in particular our committee chair Cindy Banks, for a comprehensive process.” He also thanked the Community Fund’s staff for “keeping operations running smoothly during the transition to a new leader.”

The Community Fund of Darien was founded over 65 years ago and has offices at 30 Old King’s Highway South, First Floor in Darien.