Lennox comes to Connecticut from Princeton University, where he served his alma mater for the last four years as the men’s assistant swim coach & recruiting coordinator.

“After my experiences at Princeton, I feel it is time for me to return to my roots and work with younger athletes” Lennox said. “I am eager to bring my knowledge, experience and passion to age group and senior level student-athletes who are striving to compete at the collegiate & international levels.” 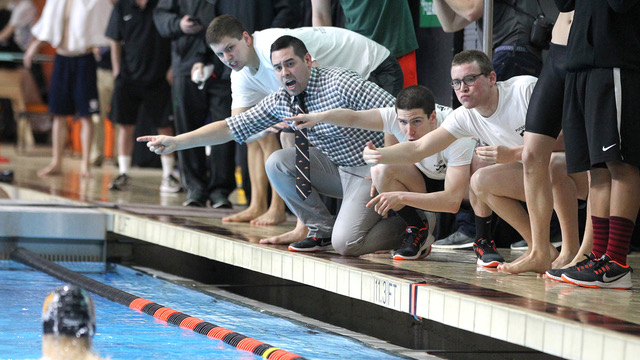 Doug Lennox coaching at Princeton in 2018.

The search for a new coach identified candidates from across the country, Chelsea Piers Connecticut Athletic Director Kevin Burton said. Lennox is the first coach Burton has recruited.

“Doug emerged as the clear choice based not only on his background as an elite athlete and accomplished coach at multiple levels, but also his evident commitment to educating and mentoring young athletes through sport,” Burton said.

Lennox’s career in swimming began more than 20 years ago in Illinois as an accomplished club and high school athlete. In college, Lennox competed for the Princeton Tigers and represented Puerto Rico internationally. 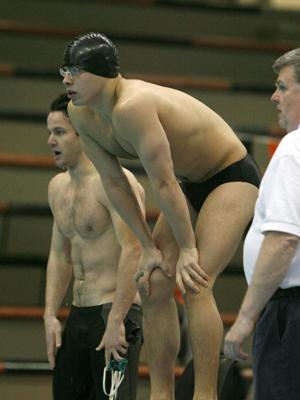 Lennox as a Princeton University swimmer.

Upon retirement, Lennox earned his master’s degree in education and worked as a kindergarten teacher with the Uncommon Schools in Brooklyn. Lennox then transferred his passion for education to coaching age group, senior level and masters swimming at Asphalt Green in New York City. From there, he sharpened his skill set as a college coach at New York University, Kenyon College and Princeton.

Jamie Barone, who was the founding coach for the Chelsea Piers Aquatics Club, has known Lennox since 2012. For the last nine years, Barone and Lennox have developed a mutual respect and a strong rapport on deck at national and junior national level meets. Over that time, Jamie shared his evolving vision for Chelsea Piers Aquatic Club with Lennox.

Chelsea Piers Aquatic Club is recognized as one of the top 20 programs in the United States with more than 35 swimmers headed onto collegiate careers since 2016.  The club was designated a “Silver Medal Club” in 2016 and climbed to “Gold Medal Club” status in 2020.

Chelsea Piers Connecticut provides an opportunity for student athletes to train and compete under one unified banner. The athletes have full access to both off-surface training, led by certified trainers in our dedicated Competitive Team Training Center, and on-surface coaching in their sport of choice.

Our world-class facilities attract top-level instructors from around the world, including seasoned and certified youth coaches with Olympic, NCAA and professional backgrounds. As a sports club, our goal is to prepare athletes for success, not only in their sport of choice through age-appropriate goal setting and training, but also in their lives through the development of essential teamwork and leadership skills.