The Darien Land Trust is inviting the town to come participate in two challenges to mark the trust’s 65th anniversary year — walks in three of the trust’s preserves, now through the end of July and a running event in October.

— an announcement from the Darien Land Trust

First, the Trails Challenge takes visitors to three of its preserves with walking trails: Olson Woods, (at 31-1 Heather Lane) the Trails at Cherry Lawn (at 120 Brookside Ave.) and Dunlap Woods (near the end of Parklands Drive).

(This Web page shows where each of the land trust’s preserves are located, although it doesn’t give addresses of the entrances.)

The Trails Challenge, which started this weekend and runs to July 31, is to visit all three sites. Participants must register through a QR code posted at each property to be entered into a prize drawing. 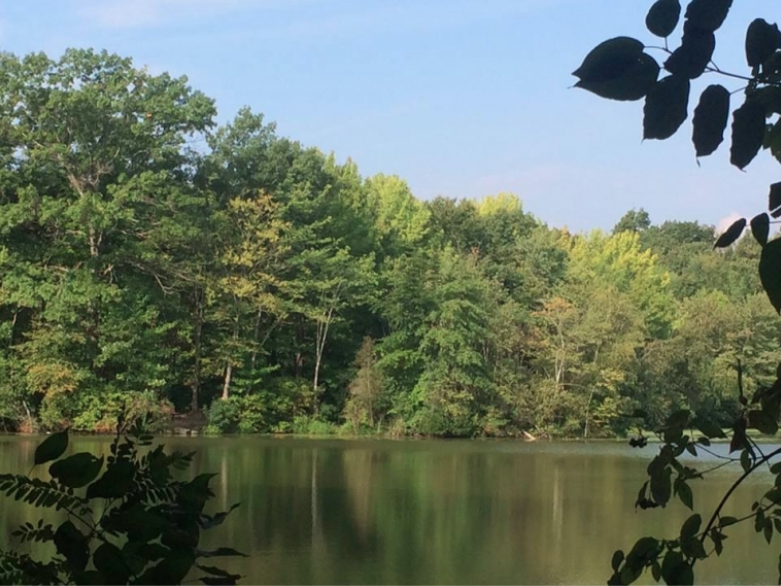 Winners will be announced on our website and social media on Aug. 2, including the grand prize winner of an iPhone12. Shutterbugs are invited to post photos on social media using #darienlandtrust65.

“Now more than ever we have all come to appreciate spending time outside,” said Elizabeth Mathus, a DLT trustee. “In designing the Trails Challenge, we wanted residents to visit properties right here in town that they might not know exist. After the pandemic, finding a new trail is like winning the lottery.”

As we move into fall, join the Land Trust for a 10K running challenge. Participants traverse scenic backroads past beautiful preserved properties, including Mather Meadows and Waterbury Field.

The challenge kicks off at Rocktoberfest on Oct. 2 and continues until the end of the month. Running Challengers will scan a QR code at Highland Farm (located about here), and after finishing be eligible for prizes to be announced on our website and social media.

To appreciate how 220 acres of land was preserved in Darien, let’s turn back the clock. Before World War II, Darien was a farm town. Large swaths of pasture stretched uninterrupted. During the 1930s and 1940s, the building boom began.

Thanks to the I-95 and rail commuting, Darien became one of the most attractive, prosperous towns in New England, widely known for its green open spaces and waterfront land. 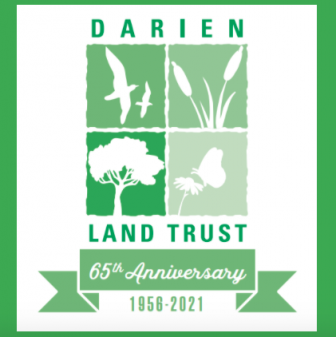 By the early 1960’s, 65% of our town had been developed, raising concerns about the pace of development, sowing the seeds for the Land Trust’s formation.

Since the first gift of Dunlap Woods, the Land Trust has evolved into an active organization with a board of trustees that works to improve the conservation values of permanently preserved meadows, woodlands, wetlands and tidal marshes that were acquired through donations, conservation easements and property sales.

The environmental value of the land is enhanced when ecosystems are restored and maintained with abundant native trees and plants that attract pollinators, including birds, bees and butterflies.

“These include the well-maintained woodland trails featured in our Trails Challenge. After a year in which many of us ventured outdoors, we encourage you to retain those habits and come enjoy some of Darien’s open spaces you may have never seen.”

To learn more about the Land Trust 65th Anniversary Celebrations, go to the Darien Land Trust website. This weekend is the start of the Trails Challenge and the 65th Anniversary Video Series, which highlights landmark achievements and the leaders in town whose vision made possible the preservation of land in Darien.