Charles “Charlie” Twardy of Georgetown passed away unexpectedly at Danbury Hospital on Friday, Oct. 9, 2020 at the age of 77. 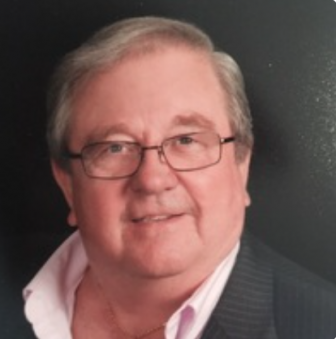 He was the beloved husband of Terry Satkowsky Twardy.

Charlie was born Jan. 25, 1943 in Stamford, the son of the late Charles John Twardy and Helen Cecilia Mahn Twardy.  He grew up in Stamford, where he attended Stamford High School before finishing his education at J.M. Wright Technical High School.

Following Wright Tech, he entered the optics industry. At Perkin-Elmer Corp. he worked on coating the helmet face shields for the Apollo space program. In 1984 he started his own company, Twardy Technology Inc., which provided custom optics to private and government sectors.

Charlie enjoyed sharing many activities with his sons by his first marriage, becoming assistant scout master of Boy Scout Troop 53 in Darien and even attending the winter campouts he hated so much. He enjoyed boating and served as the vice commodore of the Ponus Yacht Club.

In 1996, Charlie met Terry, who would become the love of his life, while working at Hamar Laser Instruments, and they married in 1999.  They enjoyed traveling, gardening and cooking together, especially for large family gatherings, where they were well known for their Thanksgiving feasts.

He is survived by Terry, his loving wife and soulmate; his sons Charles Twardy (Laura) and Michael Twardy (Lindsey); grandchildren Riverly, Annie, and Killian; siblings Louise Vare (Bob) and Lawrence Twardy. There are also cousins, nieces, nephews, dear friends and acquaintances, all of whom Charlie considered family.

He was a happy and caring man who would help anyone in need and he made friends wherever he went. Charlie was well known for his jokes, stories and bursting into song for any occasion.

His wake was held on Monday, Oct. 12, and his funeral service on Tuesday.

In lieu of flowers and recognizing Charlie’s devotion to his faith, memorial contributions in his name may be made to Sacred Heart Church, PO Box 388, Georgetown, CT. 06829

— an obituary from Bouton Funeral Home, where online condolences may be left