Cameron Herbert Repp a resident of Norwalk, passed away peacefully at home on Dec. 12, 2021 at the age of 92. 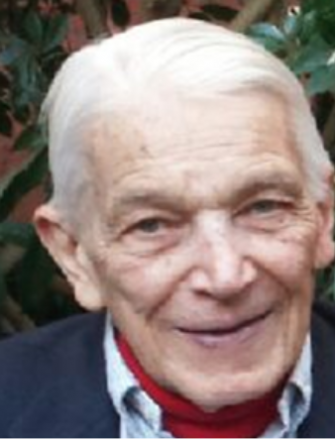 Cameron Repp, 92, passed away Dec. 12. A memorial service will be held at a later date.

He was born in Brooklyn, New York to the late Herbert Nelson Repp and Lavinia Stuart Repp.

He was also in the Army and was a combat engineer in the Korean War and attained rank of sergeant. In addition, Cameron worked as a merchant marine on a freighter.

Cameron enjoyed boating, skiing, fishing and golf. He also enjoyed working with his hands and spending time with friends and family. Along with his brother Stu, they founded Darien Hornets, now known as Darien Winter Club.

He is survived by his wife, Jane Eyre Repp; his daughter, Tina Repp and son, Cameron E. Repp. He was pre-deceased by a brother, Stuart I. Repp, and a sister-in-law, Judith A. Repp.

Due to COVID-19, a memorial service will be held at a future date with interment at Lake View Cemetery in New Canaan.

In lieu of flowers, donations may be made to Ducks Unlimited or National Cancer Society.

“Hang by your thumbs.”