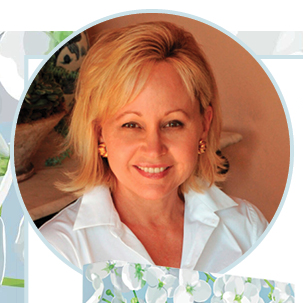 Author Deborah Goodrich Royce will speak on March 5 about her best-selling book, “Finding Mrs. Ford,” as well as her storied career as an actress and philanthropist at the annual Spring Luncheon of Opus for Person-to-Person.

— an announcement from Opus for Person-to-Person. (The “See Also” section below was added by Darienite.com.)

The luncheon will be held at the Woodway Country Club in Darien on Thursday, March 5 in support of Darien-based nonprofit Person-to-Person (P2P).

Deborah Goodrich Royce is the author of Finding Mrs. Ford. (From the Opus poster for the event; photo by Lydia McLear)

All attendees will receive a copy of Goodrich Royce’s debut novel “Finding Mrs. Ford.” Spring luncheon tickets are $110 and selling fast! Visit www.opus4p2p.org to purchase and for more information.

“We are excited for the opportunity to hear Deborah speak in such an intimate setting at the OPUS Spring Luncheon this year,” said OPUS Co-President Kerry Pearson. “’Finding Mrs. Ford’ is a thrilling story, and the discussion will be just as engaging! It will be a fun day for an incredible cause.”

Proceeds from the Spring Luncheon will be used to support the P2P programs that directly benefit children, including Campership scholarships for children in need, the Holiday Toy Store, Baby Basics layettes for new mothers and scholarships for college.

In 2019, P2P served more than 24,000 people from the seven towns of Darien, Stamford, Norwalk, New Canaan, Westport, Weston and Wilton.

Deborah was an actress in film and television for ten years. Her big break came with the leading role on All My Children. Deborah went on to star in many feature films.

After the birth of her daughters, Deborah moved to Paris in 1992 and worked as a reader for Le Studio Canal Plus. On her return to the U.S., she transitioned to Miramax Films as their story editor.

In 2004, Deborah and her husband, Chuck Royce (small cap investment pioneer), restored and reopened the Avon Theatre Film Center, a 1939 landmark in Stamford.

Links and information provided by Darienite.com:

Deborah and Chuck have restored several hotels (Ocean House — one of only 13 triple Forbes five-star properties in the world — the Weekapaug Inn, and the Deer Mountain Inn), a bookstore (The Savoy in Westerly, Rhode Island), and have completed numerous Main Street revitalization projects. She and her husband have a tribe of children, stepchildren, grandchildren, and animals. “Finding Mrs. Ford” is her first novel.

About OPUS for Person-to-Person

For exactly 24 years (after it was founded on Valentine’s Day, 1996), Opus has supported Darien-based Person-to-Person through fundraising efforts and public awareness. 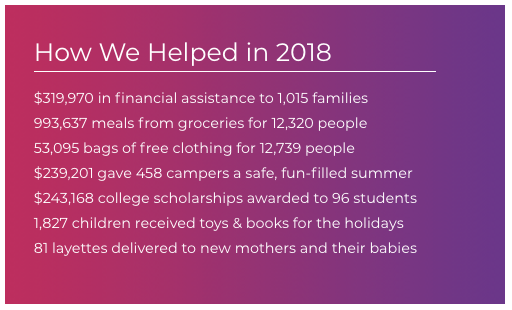 For more information on this growing organization of more than 200 women and how to get involved, visit the Opus website or email info@opus4p2p.org. 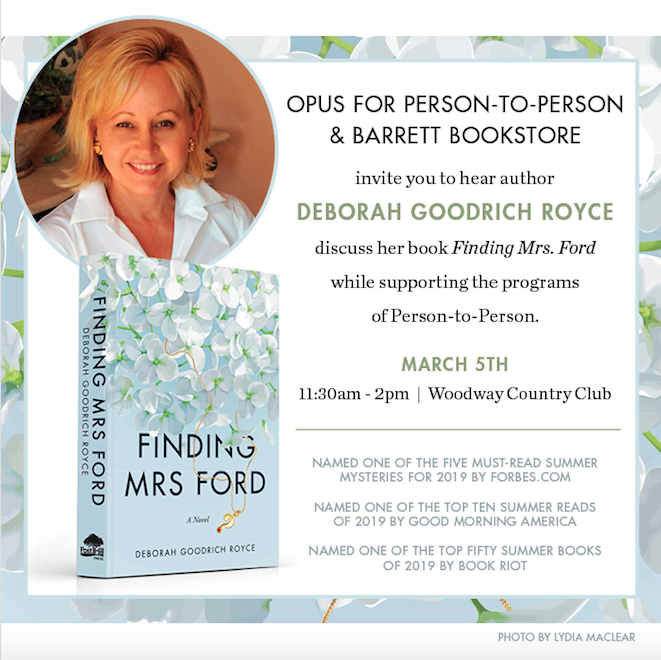