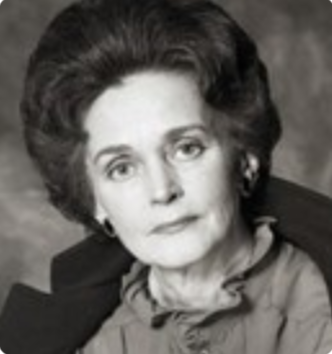 She was born June 27, 1926 in Everett, Washington, the youngest of 11 siblings (including her identical twin sister Patricia). Her parents, Erik and Bina Hokanson, were Swedish immigrants who arrived in the United States at the turn of the 20th century.

Barbara went to Queen Anne High School and the University of Washington, where she studied art and design. She and her sister were best friends and moved to San Francisco together after college, where she enjoyed a career as a successful executive assistant.

She lived an unusually independent life for a young woman in the early 1950s and said those were the happiest and most carefree days of her youth.

While in San Francisco, she met the love of her life, Gordon Aymar of Darien. After a long-distance courtship of three years, they were married in 1956 and Barbara moved to Darien to start her new life.

— This obituary previously was published in the Darien Times.

While here, she became a member of the Noroton Presbyterian Church and the Noroton Yacht Club.

After only six years of marriage, Gordon died in a commuter plane crash in New York City in 1962. The tragic event thrust Barbara into the role of a single mother raising three young children.

Her petite stature belied her deep strength and faith that helped her through adversity and inspired her nickname, “the Little Giant.”

After years of raising her young children, Barbara returned to work in the 1970s as a secretary at Sloan Kettering Cancer Center for eminent oncologist Joseph Burchenal. She later worked at the Stamford Hospital for Dr. Michael Parry until her retirement.

She spent the last decade of her life at Meadow Ridge in Redding.

Barbara was known for her light-hearted, cheerful nature, her infectious and frequent laughter, and as a devoted, loving mother. She was happiest spending time with her children and family.

She loved to cook, tend her garden, and was a gracious hostess who delighted in creating a warm, inviting environment for all who entered her home.

She had a beautiful singing voice which was a highlight at family gatherings, especially when singing duets with her twin sister.

Barbara will be fondly remembered and greatly missed by her three children: Debbie Nelson of Dallas, Gordon Aymar of Boston and Geoff Aymar of Los Angeles, and their families, as well as numerous nieces and nephews.