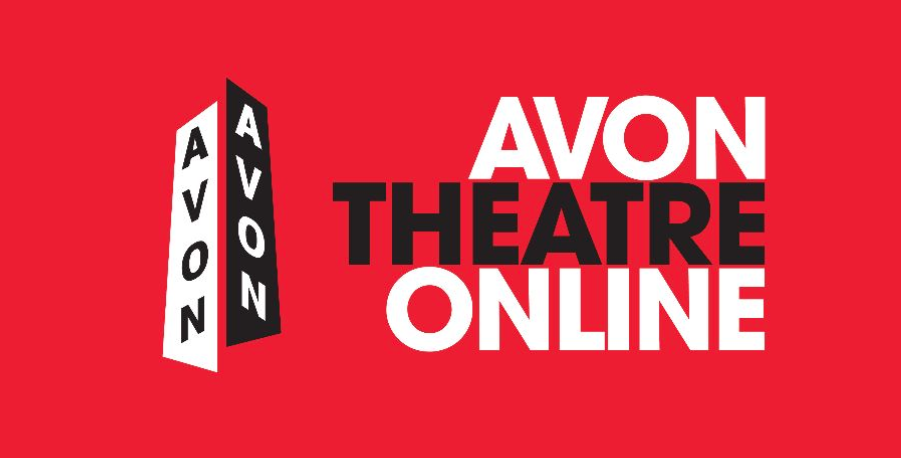 The new service not only lets you watch while stay safe at home during the COVID-19 pandemic, but supports the Avon for the same price most people would spend on a ticket.

Tickets are $12, No Discounts

You can see descriptions of the five current offerings below, along with trailers and links to purchase $12 tickets.

The Avon “is grateful that every film rental helps support the Avon through these challenging times,” the organization said on its website. “Unfortunately, since the rentals are purchased through a third party, the Avon does not have the ability to offer free or reduced price screenings for members.”

Helping the Avon, Helping You

“By watching these films you are not only satisfying your craving for great independent cinema, you are also directly supporting the Avon, and for that we are grateful,” the theater said in an announcement. “Though nothing can ever replace the joy and inspiration that comes from experiencing the best of independent cinema in the beautiful and historic Avon Theatre — today’s challenges can’t keep us from sharing wonderful films.”

The Avon, as a non-profit arts organization, is dependent on memberships, contributions and ticket sales. If you would like to help us through these challenging times with a tax-deductible donation, pre-paid membership or renewal it would make a tremendous difference. Please click here.

AND THEN WE DANCED

A passionate tale of love and liberation set amidst the ultraconservative confines of modern Georgian society, AND THEN WE DANCED follows Merab, a devoted dancer who has been training for years with his partner Mary for a spot in the National Georgian Ensemble. The arrival of another male dancer, Irakli–gifted with perfect form and equipped with a rebellious streak–throws Merab off balance, sparking both an intense rivalry and romantic desire that may cause him to risk his future in dance as well as his relationships with Mary and his family.
Not Rated | In Georgian with subtitles | 113 minutes

Flailing thirty-four-year-old Bridget (Kelly O’Sullivan) finally catches a break when she meets a nice guy and lands a much-needed job nannying six-year-old Frances (played by a scene-stealing Ramona Edith-Williams). But an unwanted pregnancy introduces an unexpected complication. To make matters worse, she clashes with the obstinate Frances and struggles to navigate a growing tension between Frances’s moms. Amidst her tempestuous personal relationships, a reluctant friendship with Frances emerges, and Bridget contends with the inevitable ups and downs of becoming a part of someone else’s family.
Not Rated | 106 minutes | In English

THE WOMAN WHO LOVES GIRAFFES

In 1956, four years before Jane Goodall ventured into the world of chimpanzees and seven years before Dian Fossey left to work with mountain gorillas, 23-year-old biologist Anne Innis Dagg made an unprecedented solo journey to South Africa to study giraffes in the wild. In THE WOMAN WHO LOVES GIRAFFES, Anne (now 85) retraces her steps, and with letters and stunning, original 16mm film footage offers an intimate window into her life as a young woman, juxtaposed with a first hand look at the devastating reality that giraffes are facing today. Both the world’s first ‘giraffologist’, whose research findings ultimately became the foundation for many scientists following in her footsteps, and the species she loves have each experienced triumphs as well as setbacks.
Not Rated | In English | 82 minutes

These films were made available earlier, and you can still watch them:

ROBBIE ROBERTSON AND THE BAND

The film is a confessional, cautionary, and occasionally humorous tale of Robbie Robertson’s young life and the creation of one of the most enduring groups in the history of popular music, The Band. The film is a moving story of Robertson’s personal journey, overcoming adversity and finding camaraderie alongside the four other men who would become his brothers in music and who together made their mark on music history. ONCE WERE BROTHERS blends rare archival footage, photography, iconic songs and interviews with many of Robertson’s friends and collaborators including Bruce Springsteen, Eric Clapton, Van Morrison, Martin Scorsese, Peter Gabriel, Taj Mahal, Dominique Robertson, Ronnie Hawkins, and more.

Not everything is as it seems for Cristi, a police inspector in Bucharest who plays both sides of the law. Embarking with the beautiful Gilda on a high-stakes heist, both will have to navigate the twists and turns of corruption, treachery and deception. A trip to the Canary Islands to learn a secret whistling language might just be what they need to pull it off.
Not Rated | In Romanian with English subtitles | 97 minutes