Aubin Redfield Sander, 92, passed away on Sunday, Aug. 8. She had been a resident of Galloway Ridge at Fearrington in Pittsboro, North Carolina since 2005. 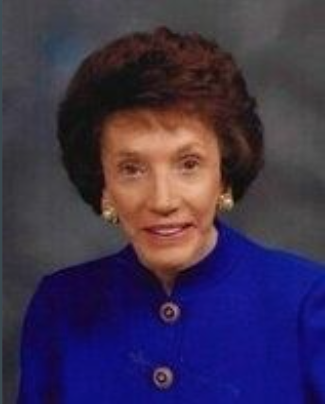 Always known as “Teeny,” she was born on May 25,1929 in Montclair, New Jersey. She matriculated from Montclair Kimberly Academy and was a proud graduate of Wells College in Aurora, New York, where she was a synchronized swimmer, chorale singer, and the May Queen. Her great-grandfather, Col. Edwin B. Morgan was a co-founder of the college. Teeny’s mother’s family, the Zabriskies, were long-time residents of Aurora.

Teeny lived in Darien and New Canaan for 30 years before moving to North Carolina where she maintained an active life. While residing in Connecticut, she was a dedicated member of St. Luke’s Episcopal Church in Darien and an active member of the Junior League.

Teeny was truly devoted to her family, friends, and her home. She was known for her natural beauty, her impeccable sense of style, and her witty sense of humor. She was a fabulous cook and hostess and she lived her life with grace and positivity.

Teeny was married to the late James H. Bryan Sr., and later, the late Robert A. Sander. She was preceded in death by her parents, William and Louise Redfield of Montclair, and her sister Jane Forsberg of Westwood, Massachusetts. She is survived by her brother, William F. Redfield Jr. of Santa Rosa, California; her sons, James H. Bryan, Jr. and wife Nancy of Greensboro, North Carolina; and William R. Bryan and wife Heidi of Oak Bluffs, Massachusetts, her step-children, Robert T. Sander and his wife, Penny, of Mission Viejo, California; Margaretta B. Sander and husband, John Perkins, of Halifax, Nova Scotia; and Nancy A. Sander and her husband, Chris Best, of Portland, Oregon.

The family would like to thank the staff and companions at The Arbor at Galloway Ridge of Fearrington and her wonderful aides from Aegis Home Care for their excellent and kind care of Teeny.

A celebration of Teeny’s life and internment beside her late husband, Robert A. Sander, will be held on a date to be determined at St. Luke’s Episcopal Church in Darien.

In lieu of flowers, memorials may be made to Wells College online, at the Office of Advancement, 170 Main St, Aurora, NY, 13026.

— an obituary from Walker’s Funeral Home, where online condolences may be left. This obituary was published by the Raleigh News & Observer on Legacy.com.