Arline Fisher, formerly of Darien, passed away on May 15, 2021 in Natick, Massachusetts. 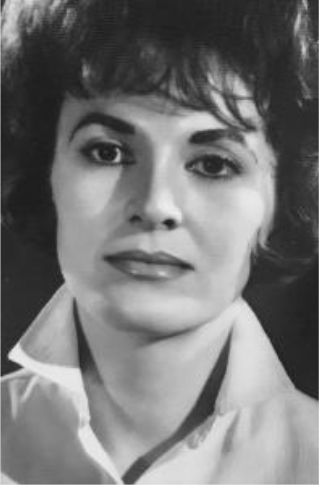 Arline Fisher passed away May 15. Her funeral will be private.

Arline was a trailblazer, a rebel, and a true independent woman. As a young woman in the 1950s, Arline moved to California by herself and got a job as a film transcriptionist at MGM, where she was fortunate to meet celebrities including Rock Hudson and Roger Moore.

She lived in California for 15 years before taking her next adventure: traveling in Europe for a year, exploring England, Spain and Italy among other countries. Her travels in Europe gave her a flavor for culture and art and supported her lifelong passion for fashion and decorating.

Arline had incredible creative talent and was a prolific producer of whatever her latest hobby was — beaded flowers, knitted sweaters, tilework, or shabby chic and eclectic home decor. Her influence is still found throughout her family’s homes, as they were the recipients of many of her creative endeavors.

When she returned to the East Coast, Arline moved to Manhattan, living in a meticulously decorated studio apartment in Tudor City on the East Side. She was there during the infamous blackouts of 1977, and since phones were wired back then, kept in constant contact with her family about what was happening on the streets below.

Born too early, she would say, referring to her generation of women not being encouraged to pursue creative occupations. She was a secretary for many years in New York City and Darien before tapping into her entrepreneurial side and starting her own stationery and gift business, Innovative Invitations.

The store quickly became known for its carefully curated papers and cards, wedding invitations and creative and custom gifts. A fixture in the Darien retail scene, Arline and her staff helped countless brides, expectant parents and families create the perfect invitations for their special events. In 2019, Arline closed her business and moved to Natick, Massachusetts to be closer to family.

Arline loved her family. She was extremely proud of her four nieces and doted on her grand-nieces and grand-nephews. She always enjoyed celebrating holidays and special events with her brother’s family in New Jersey and her sister’s family in Massachusetts and Connecticut.

Arline was pre-deceased by her brother, Robert, in 2019. She is survived by her sister, Nancy Gross of Easthampton, Massachusetts; her nieces: Karen Grady (Tom) and Barbara Bracco (Simon) of Cliffside Park, New Jersey; Elizabeth Gross (Ryan) of Boston; and Laura Niedermeyer (Mark) of Natick, Massachusetts. Also, beloved great-nieces Megan, Lisa, Caroline and Liesl; great-nephews Eddy and Simon; and three great-grandnephews.

Arline’s family is so grateful for the excellent care she received from the staff at Beaumont at Natick and Salmon Hospice.

Services will be private.

— an obituary from Casper Funeral & Cremation Services, where online condolences may be left