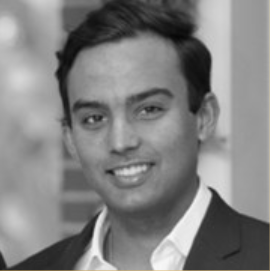 Andrea Argenio, 26, passed away March 9. His funeral will be on Sunday, March 24.

On Saturday, March 9, Andrea Argenio of Darien passed away at age 26 after a 10-year battle with an incurable rare cancer.

Andrea Argenio, 26, passed away March 9. His funeral will be on Sunday, March 24.

Andrea was born in Milan on April 21, 1992, to Michelangelo (Milo) Argenio and Mandy Cawthorn Argenio. He was the much-loved younger brother of Alessandro, and grandson of Robert and Susan Cawthorn and the late Michele and Angela Argenio. Andrea most recently lived in Brooklyn, NY with his beloved life partner, Olivia Kasmin.

Despite being frequently under treatment, Andrea graduated from Brown University in 2015 with a bachelor of science degree in applied math and economics.

After graduating, Andrea lived abroad for a year in London with Olivia. He then worked as an analyst at Bridgewater Associates in Westport. His most recent project was an extremely successful fundraising campaign to support research into finding a cure for rare cancers — as of today his team has raised nearly $500,000.

— This obituary previously was published by the Darien Times.

Andrea was an avid traveler, skier, snorkeler and scuba diver. He was also an accomplished pianist, and enjoyed film editing, electronic music, basketball, soccer, and video games. Most recently he had begun work on a memoir outlining his medical journey, which his family plans to complete in his honor.

Andrea loved life, and met his health challenges with courage and determination, and without ever losing the kindness, simplicity, empathy and mischievous humor that touched the lives and hearts of every person he met.

A memorial service to honor and commemorate Andrea will be held at 3:30 p.m., Sunday, March 24 at the United Church of Rowayton, 210 Rowayton Ave.