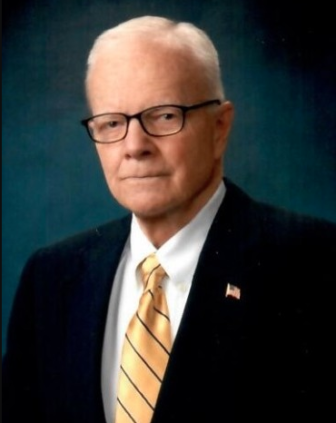 He was born in Greenwich, graduated from the Lawrenceville School in New Jersey in 1948, received a B.A. from Brown University in 1952, and served in the Army in Korea before getting his M.B.A. from Harvard University in 1961.

He lived in Darien for 35 years before moving to Hilton Head Island, South Carolina in 2000 while commuting to Connecticut for work.

Mr. Haight bought a company named Richard Dudgeon, Inc. in 1969. The company, which is still family-owned, is located in Waterbury and manufactures hydraulic jacks and pumps for lifting buildings and bridges.

In 1853, Richard Dudgeon Inc. built its first steam carriage, which burned in the Crystal Palace Fire in New York in 1858. The second, finished in 1866, is now located in the Smithsonian Institute in Washington, D.C. Before 1870, it had been driven hundreds of miles in New York and on Long Island.

— an obituary from Sauls Funeral Home

The funeral service will be private. In lieu of flowers, memorial donations may be made to Palmetto Animal League.