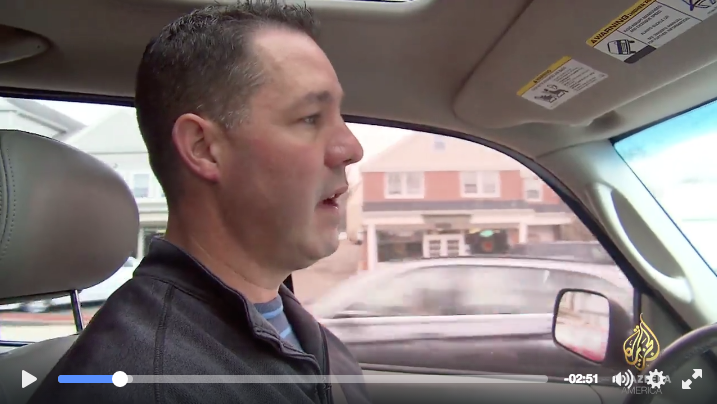 Darien Police Sgt. Jeremiah Marron, a spokesman for the department and detective who works on drug cases, speaking to an Al Jazeera America reporter (image from the news report)

Eighty percent of crime in and around Darien is related to drug abuse (including crimes committed to get money for drugs), Darien Police Sgt. Jeremiah Marron told an Al Jazeera America cable news reporter on a segment about heroin in the suburbs.

Al Jazeera America broadcast the 3-minute-15-second segment on Dec. 21 and posted it to its Facebook account on Dec. 23. The reporter also interviewed Kevin Conroy, a Rowayton restaurateur, and Gary Mendell of Norwalk, who founded Shatterproof, an organization supporting anti-drug efforts.

“I don’t think about it being in the schools in Fairfield County […] but it is,” Conroy said. “Don’t try to pretend it’s not real, because it is — because if you don’t, you won’t win.”

Suburban drug epidemicDeaths from heroin are up 200% since 2000, with cities hit hard and drugs invading the suburbs