A. William Cornell, age 103, of Fairfield, beloved husband of Mary Jo Madaloni Cornell for 76 years, died on Sunday, Nov. 15, 2020 surrounded by his family. 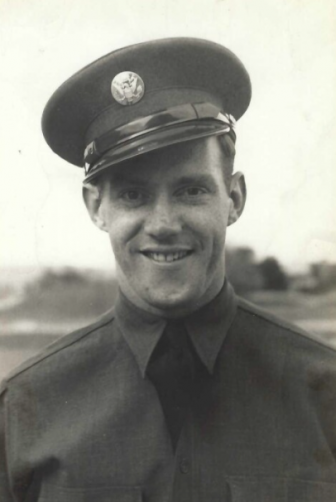 A. William Cornell, 103, passed away Nov. 13. Funeral service details will be released next week.

Bill was born in Scranton, Pennsylvania on Sept. 4, 1917 to the late Arthur W. and Miriam Hawkins Cornell and was a Fairfield resident for over 65 years.

He was retired from Ring’s End Lumber Company in Darien, where he was purchasing manager for 35 years and worked one day a week until he was 100 years old.  Bill was a WWII U.S. Air Force Veteran where he flew B24 and B29 aircrafts.

He received an associate degree from The Wharton School of Business and was a member of the Fairfield Senior Center Pacers Walking Group.

Bill lived through the Great Depression, fought the greatest war against the evilest enemy, married, raised a family, went to work every day, to church every Sunday, always did the right thing even when no one was watching, was a loyal friend, protective neighbor, true American … showed those who came after him what the words “father”  “grandfather”  “husband” really mean. Only said two words when one word didn’t do it.

He witnessed the worst that the world throws at you and maintained his beautiful joy for life. He was grateful for his blessings and never took his good fortune for granted.

Service details will be announced next week.  In lieu of flowers, donations may be made to Bigelow Senior Center, 100 Mona Terrace, Fairfield, CT 06824.

— an obituary from Gregory F. Doyle Funeral Home, where online condolences may be left