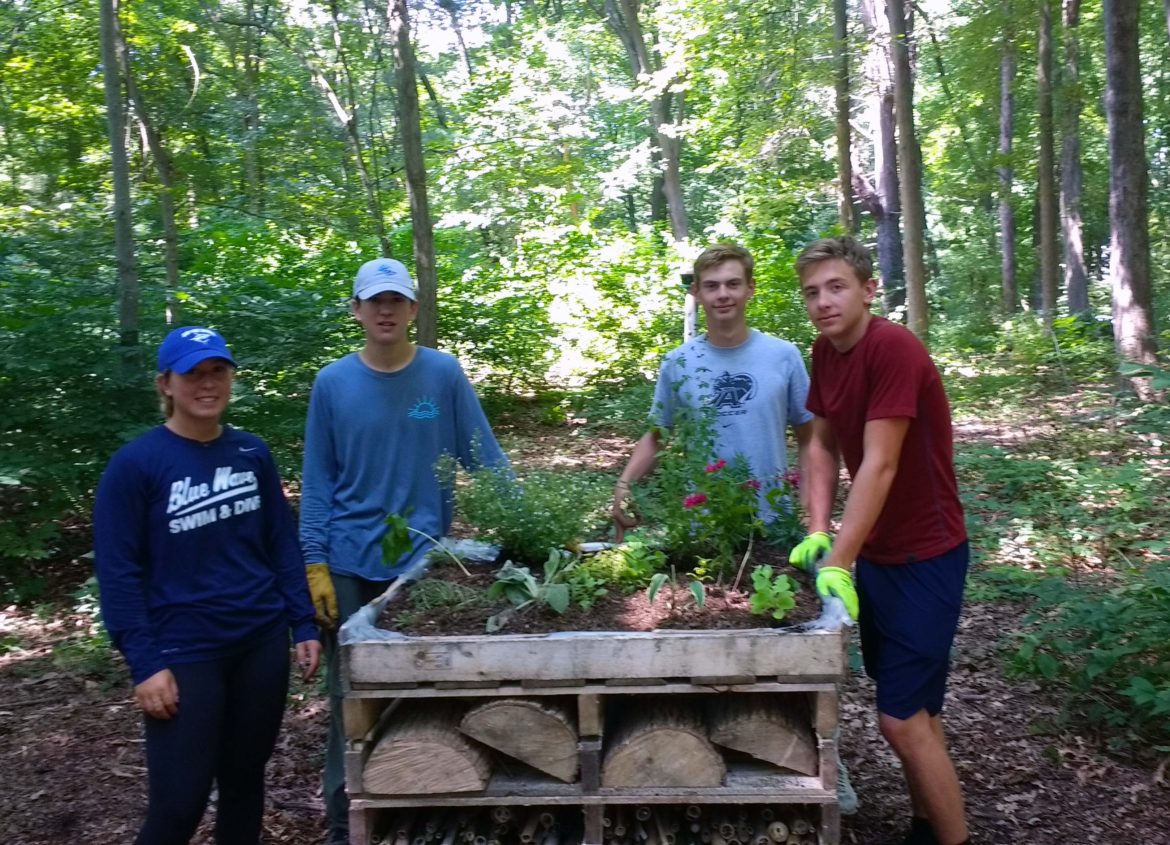 Racanelli led his team to construct two insect hotels which provide a home for various insects such as bees, beetles, fireflies, ladybugs, dragonflies, and butterflies.

These various bugs help to pollinate the flowers, plants, and trees in the sanctuary. Insect hotels are natural structures that are helpful to the environment because not only do they provide homes for insects, but they provide food for species higher up the food chain including birds and small rodents, creating a stable base in the ecosystem.

Each insect hotel was assembled using seven wooden pallets to create the frame and filling in each layer with various materials such as bamboo filled with hollow plant stems, straw, pieces of terra cotta pots, and seed pods for different insect species to live in. Most notably there are logs, cut in pieces and drilled with many six-inch holes to allow for mason and leafcutter bees to lay their eggs. 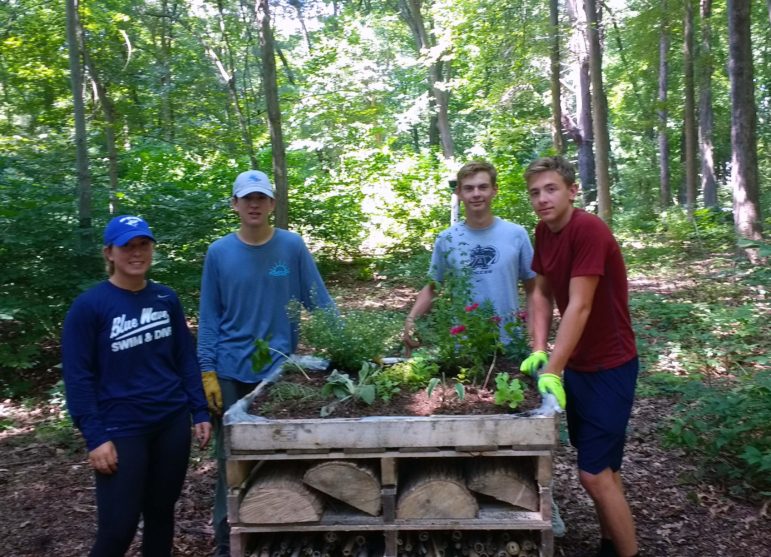 On top of each insect hotel, is a green roof filled with many species of native plants to provide food and shelter for the insects and a place for small rodents and birds to perch.

One of the insect hotels is also accompanied by a seating area and informational sign as an education tool for preschool, elementary, and middle school classes, who visit the bird sanctuary.

During the construction of the insect hotels, Racanelli led, instructed, and supervised a group of Scouts and adults who came to help with his project. He made sure that there were no problems during the day, including keeping track of the project timeline and demonstrating different tasks to be accomplished.

“Maximus, with the help of a several Scouts, did an exceptional job constructing two insect hotels at the DCA’S Bird Sanctuary,” Buchmayr said. “The project encompassed a multitude of moving parts, and the Scouts were up to the task. Now the bird sanctuary has two new interesting features to benefit the birds and bees going forward.”

An Eagle Scout service project is an opportunity for a scout to demonstrate leadership of others while performing a project for the benefit of his community.

The insect hotels, as well as the DCA Bird Sanctuary, are located at 274 Middlesex Road. The sanctuary is open during daylight hours except for scheduled weekend events. To schedule group visits, please call the DCA at 203-655-9050, ext. 10.