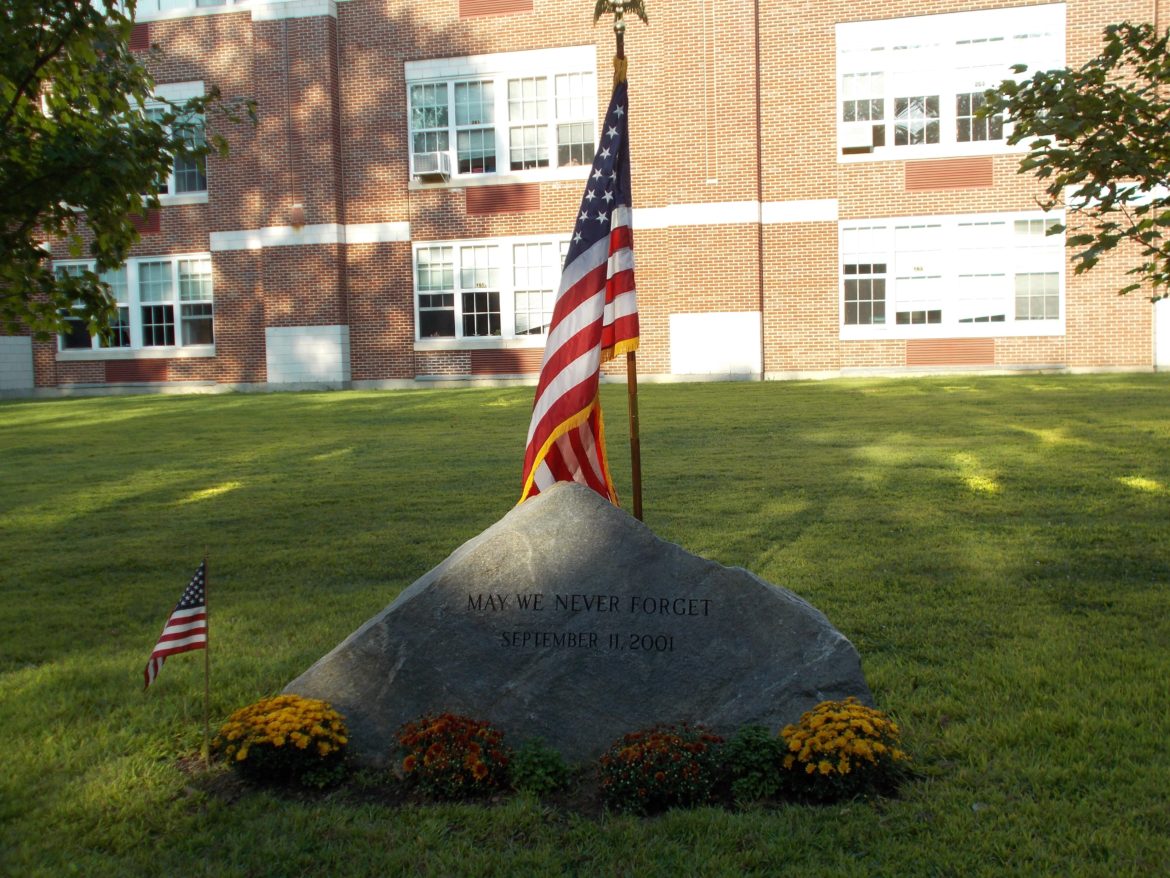 — an announcement from the Monuments & Ceremonies Commission

Beginning at 8:30 a.m., sharp on Wednesday, Sept. 11 at the 9/11 Memorial located on the grassy area behind Middlesex Middle School on Hollow Tree Ridge Road, Darien’s Monuments and Ceremonies Commission will follow tradition and observe 9/11 with a brief ceremony.

Carved into the memorial’s 36- by 75-inch granite stone is the inscription: “May We Never Forget” with the date: “September 11, 2001.” The memorial is flanked by two tall trees symbolizing the twin towers. 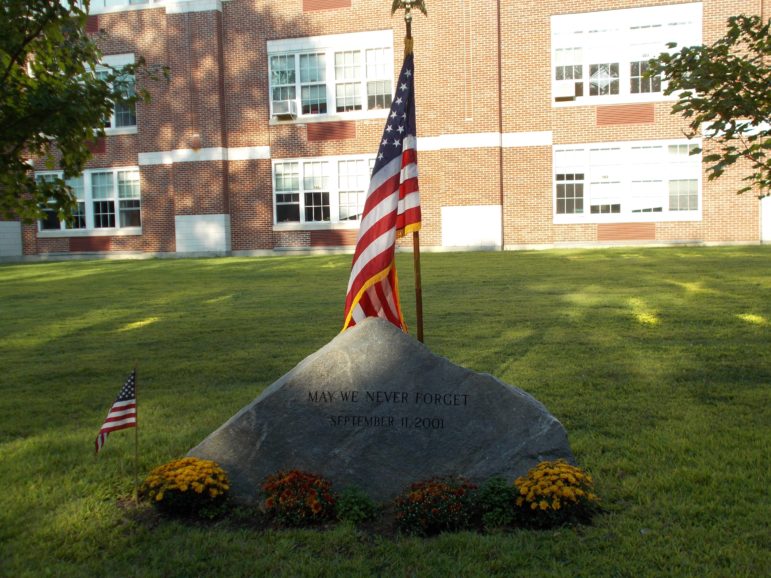 An Eagle Scout project, the 9/11 Memorial was conceived, funded and installed by then DHS freshman, Josh Doying, who belonged to Boy Scout Troop 53. The Memorial was dedicated on Sept. 11, 2003.

After the attacks of September 11, 2001, patriotic citizens displayed the American flag everywhere. Josh cut one out from a newspaper and taped it to his bedroom wall.

He noticed how it faded and he was concerned that the community’s and nation’s memory of this tragedy might fade as well. Josh wanted an enduring memorial and selected the site so students would see the stone and ask about its meaning.

He drew up the plans and approached then-First Selectman Bob Harrell and the Monuments and Ceremonies Commission for approval, raised the funds and oversaw the installation of the project.

A wreath and red roses will be placed and a moment of silence will be observed at 8:46 a.m., the time the first plane struck the World Trade Center on Sept. 11, 2001.

Organizers encourage everyone to attend this year’s ceremony.