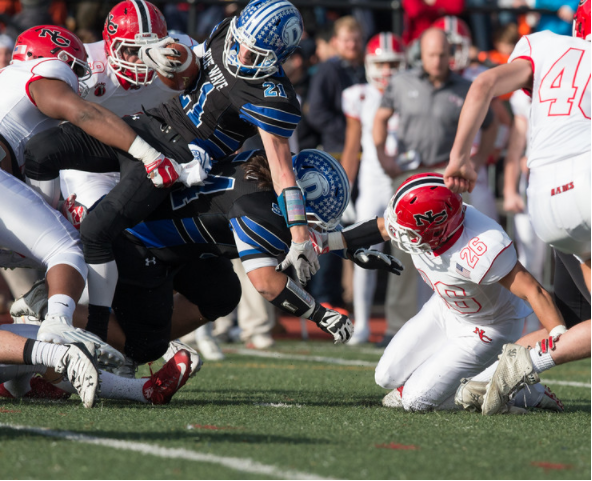 From the 2015 Turkey Bowl game (photo by Darien Athletic Foundation)

Thursday morning will mark the third straight year New Canaan and Darien collide in the Turkey Bowl as the top two teams in the state. 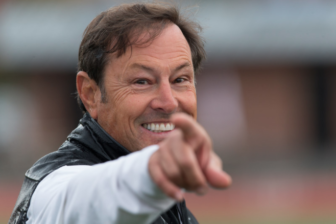 As was the case last year, this will be the only time the No.1 Wave and No. 2 Rams face one another as Darien will defend its state Class LL title while the Rams are looking to win their fourth straight Class L crown.

And if the previous two Thanksgiving match-ups—both won by Darien by a score of 28-21—are any indication, this year’s game will be another classic chapter in a historic rivalry that dates back to 1928. 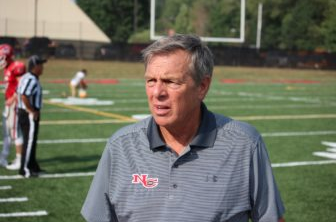 Even with the absence of an official FCIAC Championship game this season, stakes will be high on Thursday as the game will count toward CIAC rankings, impacting the probability of a state semifinal home game.

But first things first. Let’s take a deeper look at the collision course about to play itself out in front of a (very) sold-out crowd of 4,700 fans at Dunning Field on Nov. 24. 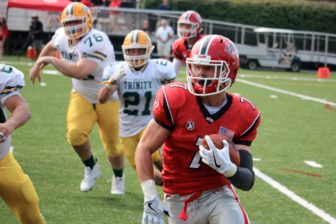 Ryan O’Connell with the carry (photo by Terry Dinan) 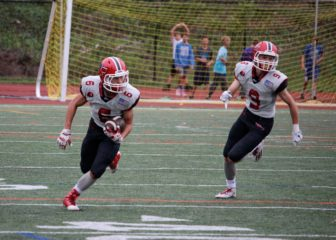 Appelt and the O’Connell brothers are as dangerous as anyone on kickoff returns and juniors Griffin Arnone and Sean Knight are equally adept on punts for the Rams. Darien has a strong, experienced kicker in Riley Stewart (47-52 PAT’s) and a weapon in punter Dillon Jones, who booted a 75-yarder earlier this season. New Canaan kicker Grant Morse has been consistent since taking over the job, making 36 of 39 extra points but has not converted a field goal all season. Herget and Collins are solid return men for the Wave. Might be best for both teams to try and kick the ball out of the end zone on kickoffs. 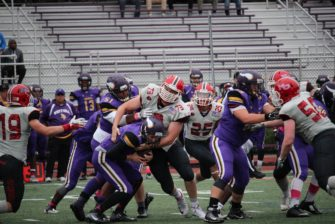 Kircher has quietly been one of New Canaan’s most important players, as the 6’3”, 263-lb. DT has shown a consistent penchant for sacks and QB hurries. Most teams ran away from Kircher this season, but don’t expect Darien to shy away from taking the ball to the left side behind Steuber, possibly the top O-lineman in the state.

If Kircher can get pressure on Peters, he could force some errant passes into the awaiting arms of New Canaan’s dangerous secondary. Keep an eye on this battle within the war. 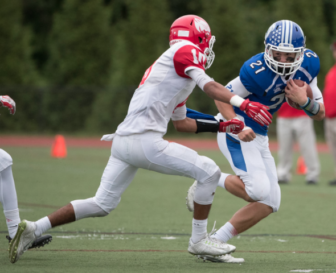 Darien has had the Rams’ number for the past four seasons. In fact, the last time New Canaan lost to someone other than the Wave was on Dec. 12, 2012 when they fell to Windsor 27-21 in the Class L Semifinals.

This will be another classic coaching chess match between New Canaan’s Lou Marinelli and Darien’s Rob Trifone, unquestionably the two best coaches of the two best programs in the state.

On paper, there’s not much to point to a clear favorite. Except one. New Canaan has a +14 turnover differential, while Darien has a +3. I’ll predict a back-and-forth battle with the Rams defense coming up with a huge turnover in a key spot to make Thanksgiving great again in the 06840.

This article originally was published by NewCanaanite.com.