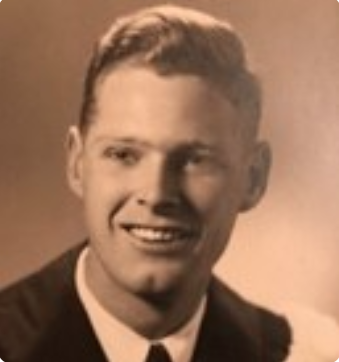 William James Bell died peacefully at his home in Naples, Florida, on July 21, 2019. 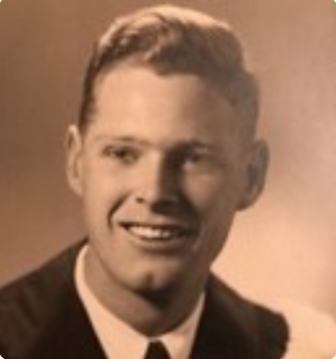 He was born 90 years ago in Montreal to William Graham Bell of Ottawa, Ontario, and Althea Morden of Niagara Falls, Ontario.

Jim’s youth was playing hockey and summers working on construction of the hydroelectric dam at des Joachimes, commonly referred to as the de Swisha dam, on the Ottawa River.

He was graduated from McGill University in 1952 with a B.S. in Mechanical Engineering, and received his M.B.A. from The Harvard Business School in 1954.

His early career was in heavy machinery with Koehring Company, Canada. An early professional achievement was the development of Koehring’s Pulpwood Harvester, which was widely used in the Eastern Canadian woodlands, and in connection with this, in 1968 Jim was a proud member of the delegation from Koehring that toured the forestry industry in Siberia for five weeks as a guest of the then Soviet Union.

— This obituary is published via Legacy.com on the Darien Times website

He was later transferred to Koehring headquarters in Milwaukee, Cranes & Excavators, and subsequently served as president of Rotek, Inc., and president, Koehring Farm Machinery Division.

His later career was 15 years as president, Landis & Gyr, N.A, and as vice chairman, Landis & Gyr Inc., a manufacturer of electric meters, control systems for electric utilities and building controls systems, during which time he was responsible for the successful acquisitions of Powers and Mark Controls.

Jim was a team player and led with quiet confidence. When asked whether something could be done, he asked “Why not?” He often said that the important thing is to enjoy what you are doing — and that, he did.

He enjoyed staying in touch with his classmates at HBS and proudly served as Class of 1954 Section D Chair for annual campaigns through 2019.

He was a member of the Harvard Club of New York City and Royal Poinciana Golf Club, Naples, Florida, a former member of Wee Burn Country Club and the Milwaukee Yacht Club, Milwaukee, Wisconsin (where he loved sailing), and a resident of Moorings Park, Naples, Florida.

Jim was preceded in death by Audrey Beverley (Jay) Bell, his beloved wife of 60 years. Audrey was a graduate registered nurse and a highly respected duplicate bridge player and a Bronze Life Master.

Together, they lived in Boston; Toronto; Montreal; Brantford, Ontario (where he enjoyed serving on the Brantford School Committee); Whitefish Bay, Wisconsin; Shaker Heights, Ohio; and Darien.

They traveled around the world on business and for pleasure.

The family will celebrate Jim’s life privately. He would be pleased if friends wishing to do so made a contribution to their favorite charity with him in mind.