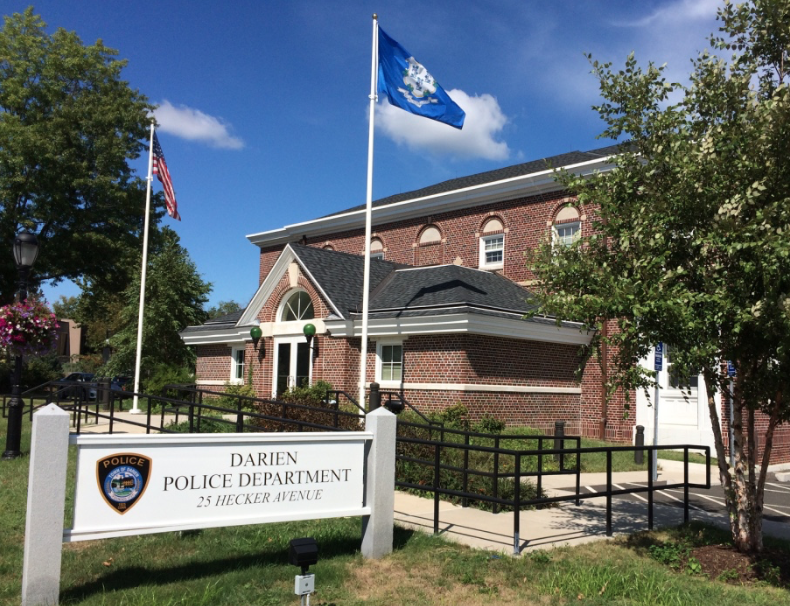 Two checks were stolen from an Inwood Road resident who thinks they were taken from a U.S. Postal Service drop-off box, either in Darien or Norwalk, police said.

One check, originally for $300 was altered and successfully cashed for $6,000, police said.

A bank rejected a second check, which was altered to make the recipient another person and in the amount of $3,100. The victim couldn’t remember what that check originally said (police didn’t mention whether the victim had a record of it).

Police are still investigating the matter. 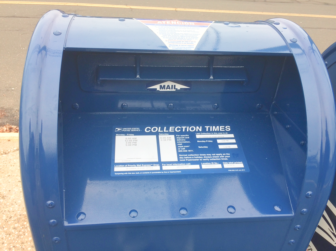 One of the newer mailboxes outside Darien Post Office on Corbin Avenue. When you drive in, pull up close, because that slot is set back.

In 2017, and especially in 2018, several thefts from drop-off mailboxes occurred in Darien and other communities. Different drop-off mailboxes that made it much more difficult for thieves to steal from were installed by the U.S. Postal Service, including outside Darien Post Office, and the spate of thefts dried up.

If you’re concerned that an envelope may be stolen from a drop-off box, one obvious recommendation from police and postal authorities is to mail it from inside a Post Office. Or pay online.