Are you ready for winter? Got your supply of salt and sand, the old snow shovel dusted off, the snow blower gassed up and ready for fun?

Well, the CDOT. our bus companies and commuter railroads are getting ready too. But there are challenges ahead. 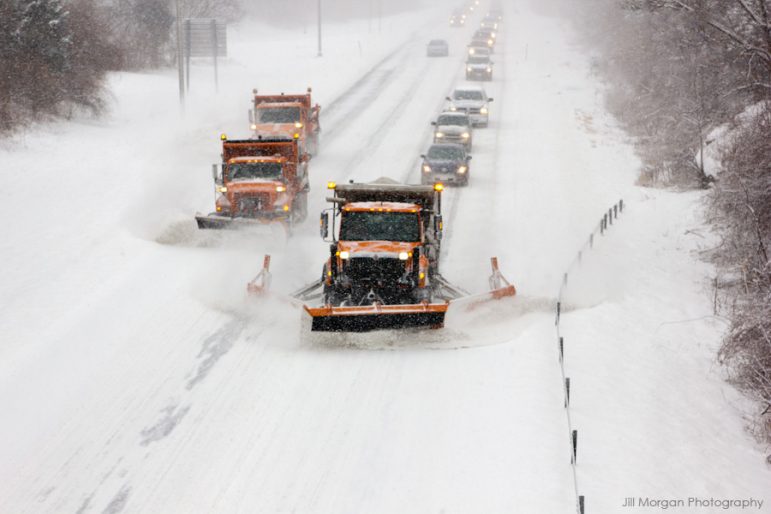 CDOT says it can’t find enough snow plow drivers to “man” its 600 trucks. But, as you know, they’ve been having recruitment problems for months now, competing against private employers who are paying more.

Right now CDOT needs at least 20 mechanics and 175 plow drivers. Jobs pay as much as $39 an hour. By the way, if you’re hired you might get to drive one of CDOT’s newly “named snowplows” like “Scoop Dogg”, “Plowzilla,” “Buzz Iceclear,” and “Husky McSalty.”

But, as with the towns and cities that clear local streets, the plow drivers need your help too. If you hear that snow is coming, get your car off the streets so the plows can do their thing.

On the bus routes, they’re also prepared. But because they depend on the streets being cleared, riders are always advised to check bus company websites for updates and plan for possible delays or suspended service. 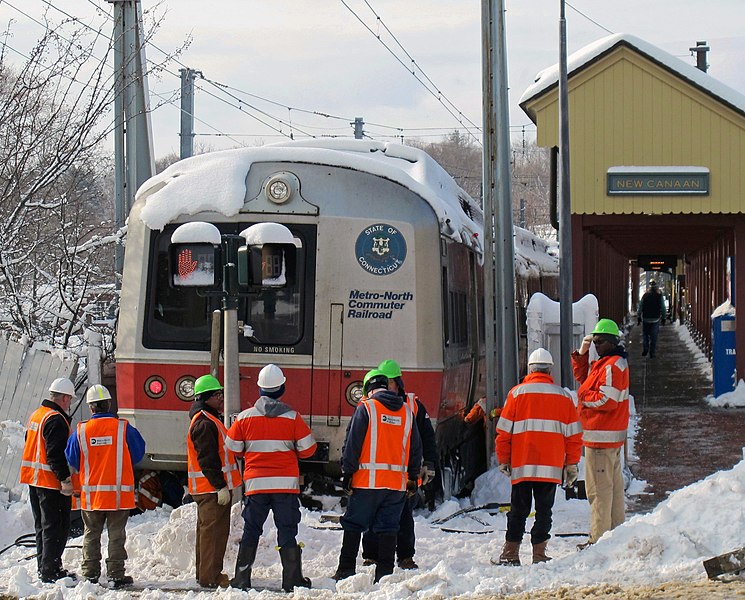 Crew attending to a Metro-North train during the most wonderful time of the year.

Bad road conditions are great for Metro-North and Shore Line East as must-get-there commuters opt for the rails. And, to their credit, the railroad runs in all but blizzard like conditions… even when I-95 has been officially closed.

You can thank the railroad’s newer M8 railcars which have proven far more reliable than the older cars in the fleet. It used to be that Metro-North would shut down rather than have its older cars break down mid-trip, stranding passengers between stations like the Donner party (please BYO food and water).

And they always have the old diesel train sets which can run in almost any conditions, if needed.

Of course, getting to and from your home station is up to you. But what happens if you get to the station and find its waiting room is locked? 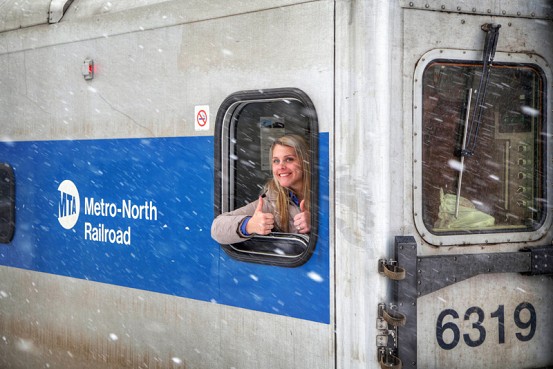 Open restroom at the station, happy commuter. (C’mon lady, close the window — it’s freezing out there!)

That’s what happened to me recently and, rather than seeing my fellow riders shivering in the cold on the platform waiting for a train, I took action. An email query to Darien Police Department found that the waiting room was only scheduled to be open 5 a.m. to 2:30 p.m. on weekdays and was closed on weekends! What a great way to encourage ridership.

Mind you, it wasn’t Metro-North’s fault but Darien’s: they’re responsible for the stations, not CDOT or Metro-North. So the Police Department kicked my request for longer waiting room hours to the Public Works Department and they deferred to the town administrator.

A direct email to First Selectman Monica McNally brought immediate action, and two days later the waiting rooms are now open till 7 p.m. — on weekends too. Kudos to her!

Yes, friends, you can make commuting better for all if you take time to do more than just complain.