The Connecticut Dept of Motor Vehicles and Travelers are co-sponsoring Connecticut’s 14th annual Teen Safe Driving Video Contest, which engages high school students on the importance of making responsible decisions behind the wheel.

— This article was previously published by GreenwichFreePress.com.

According to the National Highway Transportation Safety Administration, during 2020 an estimated 2,276 people in the country were killed in car crashes involving teen drivers, and 748 of those deaths were teen drivers.

“We know that teen drivers are nearly three times more likely to be in a fatal crash than drivers aged 20 and older,” DMV Commissioner Sibongile Magubane said in a news release.

Gov. Ned Lamont announced the launch of the contest during National Teen Driver Safety Week, which runs from Oct. 16 to 22.

“This annual contest is an opportunity to educate and engage teenagers on the dangers of distracted driving and the importance of making smart decisions when getting behind the wheel,” Lamont said in the news release. 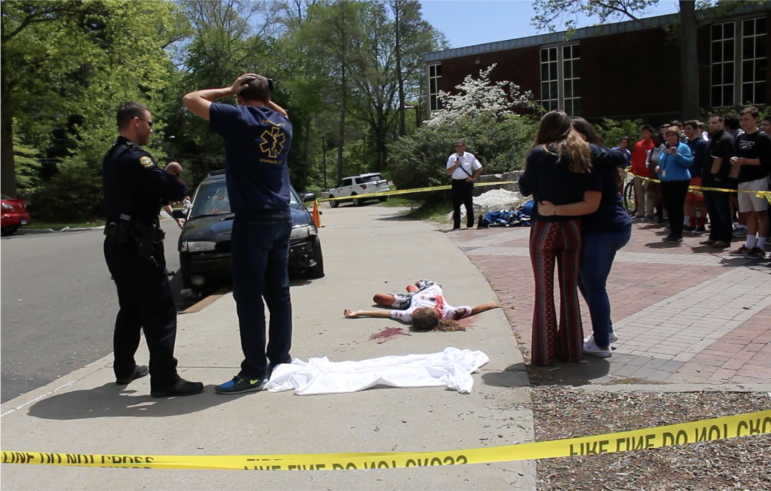 The contest is open to all public, private, and home-schooled high school students in Connecticut between the ages of 14 to 18.

It requires students to produce a creative, unique, and effective video public service announcement up to 45 seconds in length that highlights interactions between drivers and other teens and illustrates ways to practice safer driving habits while obeying Connecticut’s teen driving laws.

The videos must also address at least one specific Connecticut teen driving law.

Travelers will award up to $26,000 in cash prizes to the winning students and their high schools. The deadline for submissions is Jan. 31, 2023.

Since the contest began, nearly 5,000 students from 100 high schools across the state have participated.

The full contest rules and information on how to submit a video can be found here, and you can watch videos of past contest winners here.