There’s good news and bad news about mass transit fares. The good news is that buses in Connecticut will remain free until the end of March 2023 as part of the “gas tax holiday” extension approved this week by the Legislature.

New Haven and Hartford city governments would like to see the free bus rides be made permanent, arguing that economically challenged residents deserve a break. Cost to taxpayers: $2.7 million a month.

But for rail riders (who never enjoyed such a deal), you can expect to see fares increase in the years to come. 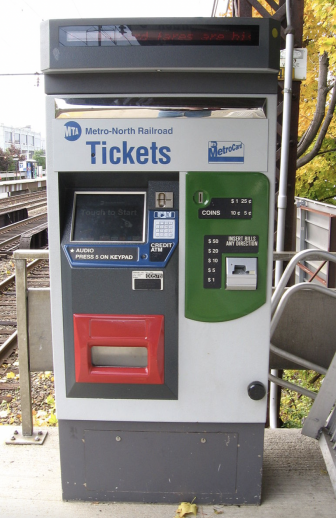 Photo by User:Noroton on Wikimedia Commons

This Metro-North machine will be dispensing more expensive tickets.

CDOT tells the Commuter Rail Council that there are no plans “this year” for a fare hike. And while Connecticut fares are set by the CDOT, not the MTA, what’s happening in New York City in the months ahead will doubtless be mirrored here.

The MTA, parent of Metro-North, the LIRR, city buses and subways, is facing a “fiscal cliff”. Federal bailout money to tide the agency over during COVID was expected to last through 2024 but the agency now says those funds will run out before new funding sources (“congestion pricing”) will help fill the gap. And even if that midtown Manhattan tolling scheme is approved, the proceeds can only be used for capital construction, not operating costs.

Nobody is expecting another federal bailout, especially with a Republican controlled congress. Subway fares are expected to climb higher than $3 by 2025 and commuter rail fares will doubtless match those 5.5% bumps.

The reason is that ridership is not coming back as quickly as hoped (or forecast by consultant McKinsey) — just as I predicted almost two years ago in this column. Weekday ridership on Metro-North has flatlined at about 70% of pre-COVID levels. 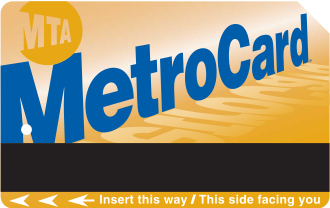 Image from the MTA

Soon to be pricier …

Sure, some employers are telling staffers to “get back into the office,” but not five days a week, and not necessarily in Manhattan as many companies have since opened satellite offices in the ‘burbs.

Even pre-COVID when rush-hour trains were packed, every ride was subsidized — $3.25 on the main line and as much as $50 per passenger per ride on Shore Line East. With ridership down 30%, do the math and you’ll see that the subsidies are unsustainable. 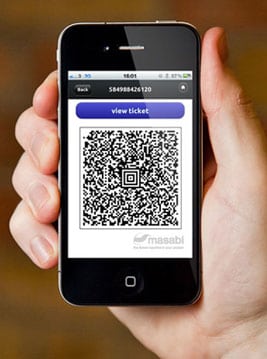 Paper tickets, e-tickets — they’ll be raising all the prices.

What will get riders back on the trains? Faster, more frequent service. And they want to feel safe, especially on the city subways for the final leg of their commute. But we hear on a daily basis of the safety concerns underground.

The MTA also admits they are losing a half billion dollars a year due to turnstile-jumping fare evaders — a half-billion! The MTA is now dispatching armed guards to some subway stations. Just wait till some fare evader gets shot. That will be a turning point for mass transit.

Uncollected tickets on Metro-North are also a problem though nobody is expecting armed confrontations.

If fares go up, will ridership go down? And won’t that send mass transit into the feared “death spiral,” a repeating cycle of less revenue and further fare hikes?