William “Bill” Robert Zarrilli,  a lifelong resident of Darien, passed away peacefully, while surrounded by the warmth of family on Dec. 8, 2022, after a fierce battle with pancreatic cancer. He was 72. 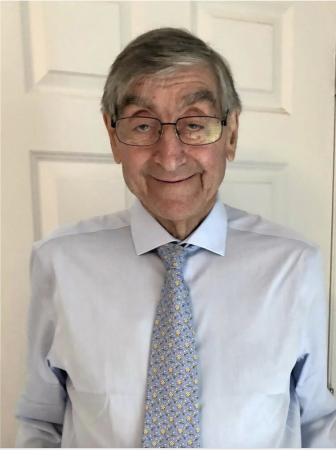 William Zarrilli, 72, passed away on Dec. 8. His funeral will take place on Saturday, Dec. 17.

William had many friends and was a good and kind man who loved his family. Throughout his life, Bill enjoyed many trips with his family, spending time in Block Island, Cape Cod and Bermuda as well as many other destinations.

He enjoyed the simple pleasures of a good meal, good friends and his family. Bill loved being at home, vegetable gardening, making the “Sunday Sauce” or sitting around the fireplace with Frank Sinatra playing on the record player. He particularly loved spending time with his children and grandchildren, who affectionately called him “Papa.”

Bill especially enjoyed Thanksgiving and Easter egg hunts that he lovingly prepared for the grandchildren. His heart filled with pride when attending the kids sporting events, watching baby steps taken and sharing pool times and family barbecues. William was a man of strong faith and a member of St. Matthew Roman Catholic Church in Norwalk.

William graduated from Darien High School in 1970. He followed his brother into the auto industry. He owned a Mobil station on the Post Road in Darien, doing business as Sound View Tire and Auto Parts. He later transitioned into the Auto Parts industry in Stamford and Norwalk.

William is survived by his wife, Mary; his daughter, Michelle Leigh Otto, her husband, Sean, and granddaughter, Savannah; his sons: Jeffrey William Zarrilli, his wife, Ashley; and Michael Robert Zarrilli, his wife, Jennifer, his grandsons, Mason and Logan, and his granddaughter, Mia. He is also survived by his sister, Lavinia Zack, and her husband, William, along with several nieces and nephews. He leaves behind his beloved golden retriever, Sunny Beau. William was predeceased by his parents as well as his brother, Frank M. Zarrilli Jr.

In lieu of flowers, please consider a contribution to Feed My Starving Children or to The Lustgarten Foundation.