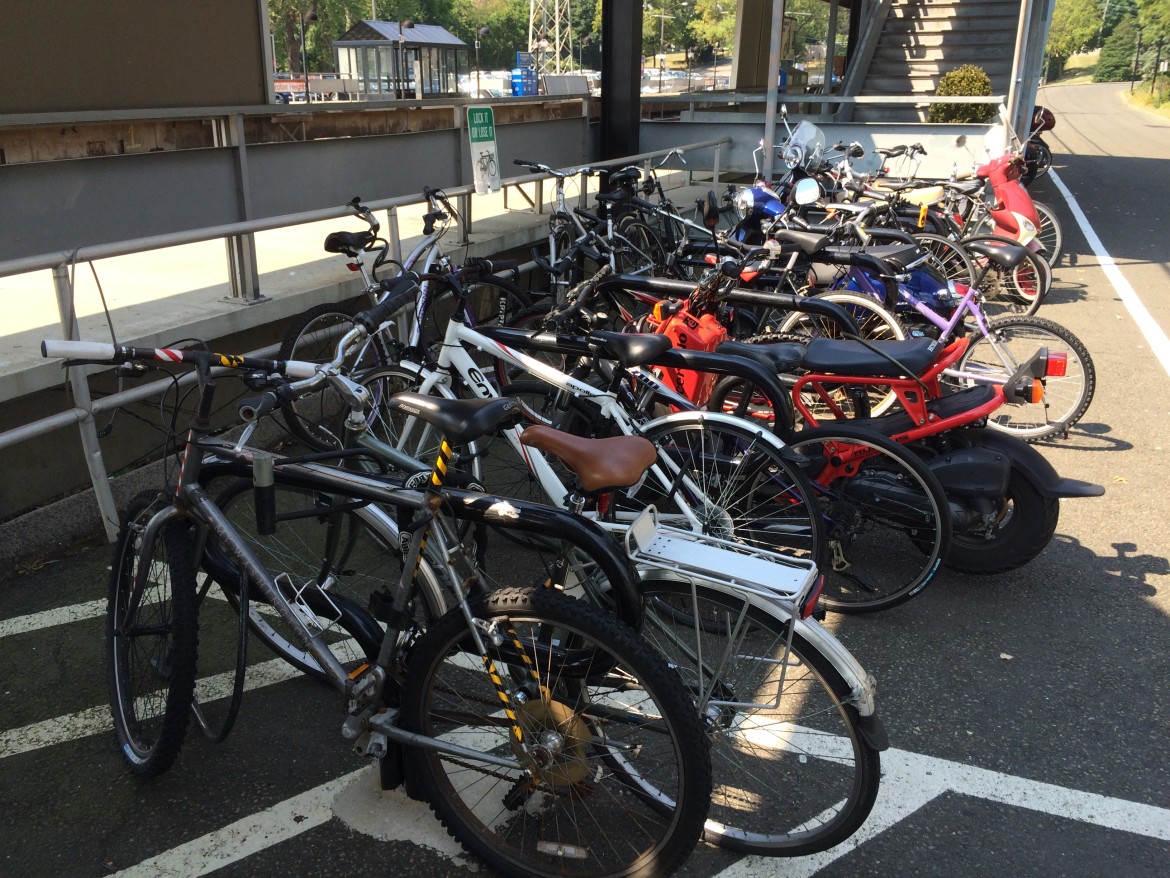 Three bicycles locked with cables at Noroton Heights Railroad Station were stolen last week — one on Wednesday and the others on Friday, Darien police said.

Police gave these accounts of the thefts:

A Darien man who locked his bicycle to the bike rack at the westbound trains side of the station (the north side, nearest Heights Road) at about 4:45 a.m. on Wednesday.

By 9:08, according to video surveillance records, a black or Hispanic male wearing a baseball hat and dark clothing — and carrying a large satchel-like bag — rode a bicycle into the station, apparently cut the cable and then took the cable with him as he rode out of the station onto Heights Road, where he headed west, away from the station.

Along with the bicycle, valued at $600, the cable lock was also taken, and the thief left at the station the bicycle he rode in on. Police have it.

A 40-year-old Darien man arrived at the station and locked his bicycle to the same rack at about 6:10 a.m. on Friday, Sept. 9.

The blue Diamondback-brand bike, valued at $450, was taken by a black male wearing a baseball cap and carrying a backpack, according to video surveillance records. Police said the man did not appear to be the same man who perpetrated the previous theft.

The man got off of an eastbound train that stopped at the station. Both the bicycle and the cable lock were taken. The man left the station via Heights Road, heading west.

The same man who stole the bicycle earlier on Friday returned on another eastbound train and this time took a red Diamondback brand bicycle, also valued at $450. This bicycle was locked to the rack by its owner, a 39-year-old Darien man, at 6:15 a.m. (about five minutes after the previous victim locked his bike there).

Video surveillance records at the station showed the thief get off the train, walk on the bridge over the tracks and take the bike at the other side of the station at 1:05 a.m. This bicycle also was ridden away toward the west via Heights Road.