Susan Baudendistel Liedell, 85, passed away on May 19, 2021 due to complications from a fall at her home in Darien. 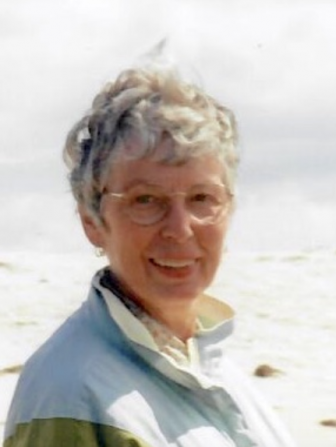 Susan lived in Yarmouth Port on Cape Cod for 23 years before moving to Darien with her husband, James (Jim), in March 2019 to be closer to family. She most recently belonged to the First Congregational Church of Yarmouth.

Susan was born in Brooklyn, New York on Aug. 31, 1935, and she was the beloved daughter of the late Joseph and Grace Gowen Baudendistel. Susan grew up on Long Island in Rockville Centre. She graduated from Oceanside High School and attended St. Mark’s United Methodist Church.

She went on to graduate from Cornell University in 1957 with a Bachelor of Science degree in home economics. It was at Cornell where she met her future husband, Jim Liedell. They married on Sept. 14, 1957 and celebrated 63 years together.

Even though Susan moved frequently, she easily made friends wherever she went. She loved and cared about all people and wanted to know their stories. She was friendly, kind, curious and could chat up a storm.

Susan was a proficient pianist and accompanied various church choirs for many years. She had a strong faith in Jesus and especially loved playing and singing hymns from the United Methodist Hymnal.

Susan relished a challenging game of bridge with friends on a Saturday night or earning master points in a more serious game of duplicate. She enjoyed movies, puzzles, gardening and handiwork projects; quilting, sewing, counted cross-stitch, and knitting for herself, family and charity.

She took great pride in caring for her home and her family. Her love of family led her to spend months researching and documenting their genealogy, as well as keeping her extended family connected. She corresponded the old fashioned way and had beautiful cursive penmanship.

She adored her many pet dachshunds. Her hummingbird feeder was always a favorite of her grandchildren, as well as her oatmeal cookies and wedding cakes.

In addition to her husband, Susan is survived by her son, Steven Liedell (Sara) of Upton, Massachusetts; and her daughter, Gail Reynolds (Ralph) of Darien. Her cherished daughter, Karen, passed away in January 1985.

She is predeceased by her brother, the Rev. Dr. William Baudendistel; his wife, Ruth; and her nephew, Bill Baudendistel.

In lieu of flowers, memorial gifts may be given to the Alzheimer’s Association.