— an announcement from US Drug Test Centers; all images are from the report 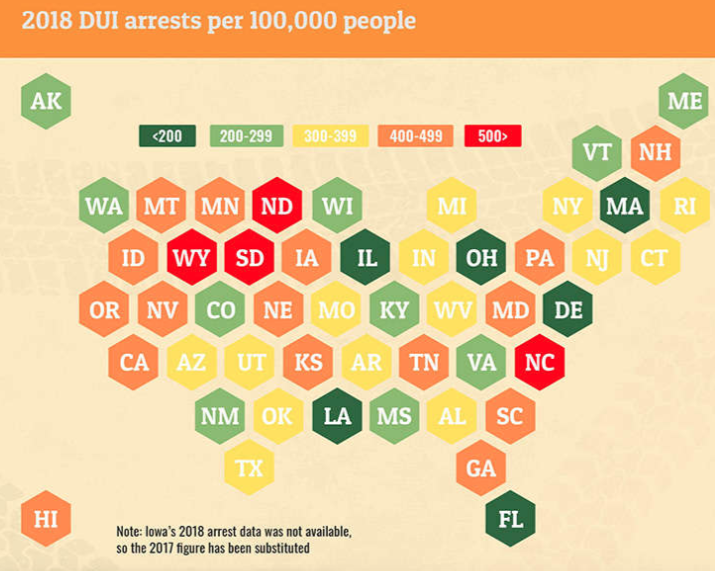 How the states compare in DUI arrests. Connecticut’s rate is lower than the vast majority.

An estimated 30 people are killed in drunk-driving accidents every day in the U.S. Despite the widespread awareness of the dangers of drinking and driving, many states have rates of DUI arrests that are troubling. 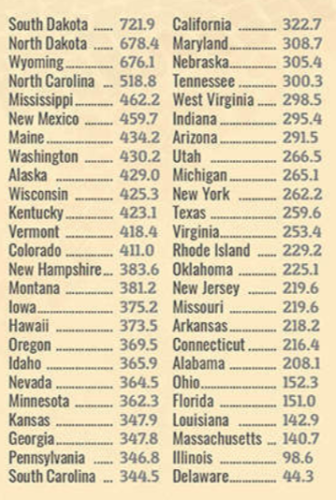 US Drug Test Centers.com today released its study, Worst States for DUIs, which uses the latest data from the FBI on arrests for driving under the influence in 2018 and how those rates have changed over time.

Here are key findings in Connecticut:

Excerpts from the Study 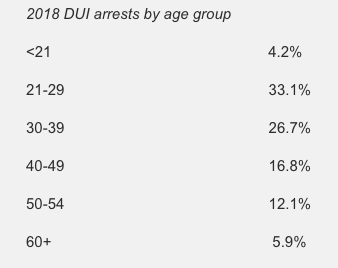 American adults engage in about 130 million episodes of drunken driving in an average year, according to research from the federal Centers for Disease Control and Prevention despite the specter of accidents, fines and arrests.

While obviously, the risk of causing an accident is the most important reason to avoid drinking and driving (about 30 Americans per day are killed in drunk-driving accidents), the legal ramifications of a drunk-driving conviction can be very serious — fines, lost wages, potentially even removal from your job. 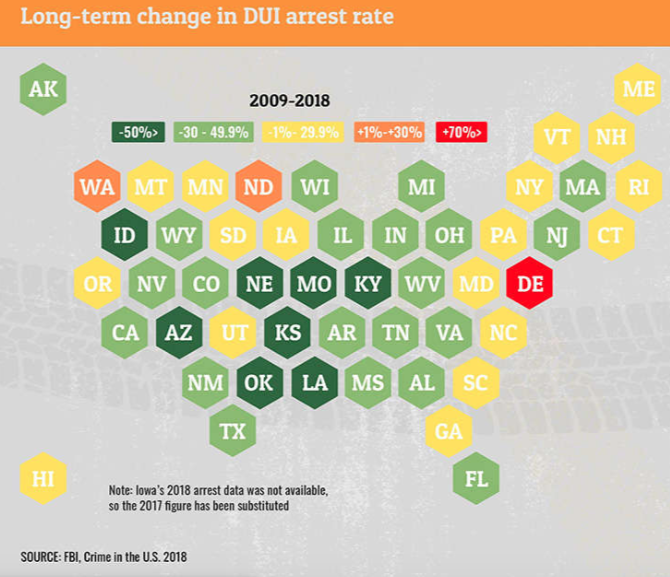 Long-term change in DUI arrest rate. Connecticut’s highest DUI year in this time period was the first: 2009. The list just below has the same data as this map. 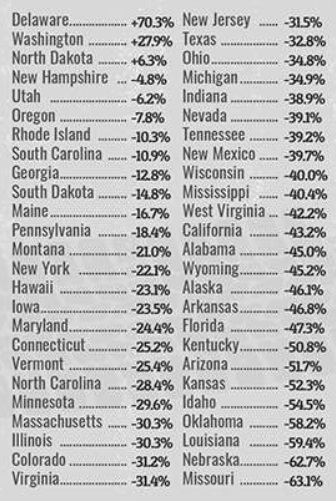 Even a first offense could carry […] [high] costs [including] […] factors like the level of impairment, treatment and education classes ordered, attorneys fees and random testing requirements.

Just over 1 million people were arrested for driving under the influence in 2018, according to new data released by the FBI, accounting for nearly 1 in 10 of the total arrests made across the entire country that year.

Drunk-driving arrests and DUIs, which includes driving while under the influence of any substance, are more common than arrests for aggravated assault, burglary, auto theft or fraud.

While the number of DUI arrests has declined overall in the U.S. over the past five years, several states have disturbingly high rates of drunken-driving arrests and some have seen such arrests become more common over the years. […]

The United States has seen the population-adjusted rate of DUI arrests fall by more than 35% since 2009, and the rate has dropped by nearly 15% in just the past five years. Similarly, most states have seen drunk-driving arrest rates fall, though fewer have recorded drops since 2014 than when taking the longer view.

Three states — Delaware, Washington and North Dakota — recorded increases in the population-adjusted rate of DUI arrests over the 10-year period between 2009 and 2018, the only states to do so. But Delaware’s rate in 2018 was still the lowest in the country.