Selwyn Kenneth Shillinglaw of Darien passed away peacefully on Oct. 17, 2022, at Norwalk Hospital. He was 93. 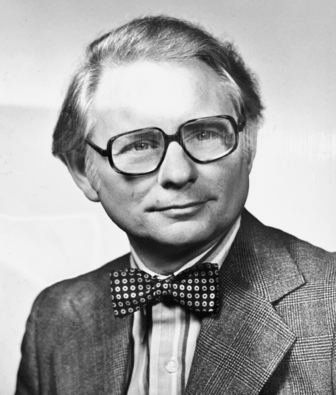 Selwyn was born in Iowa on Aug. 27, 1929, to the late George and Lena (Eberhardt) Shillinglaw. He studied at the Art Institute of Chicago where he graduated with a degree in advertising. After college, he worked for many years at the J. Walter Thompson advertising agency, eventually serving as the vice president of commercial production cost estimation.

Selwyn was preceded in death by his wife, Dorothy Theresa (Hanrahan) Shillinglaw, who he married on May 31, 1958. They shared 63 loving years together until her passing.

A prolific painter, Selwyn’s home and the homes of his family members are filled with various landscapes of the different places all over the world that he’d traveled to with his wife after retirement.

He was also an avid photographer, always holding on to a camera. He would snap photos whenever he could of his family, friends, and the world around him. In both of these endeavors, he was able to express his love of art well into his later years.

A devoted father, Selwyn shared his love for the outdoors with his three sons as a scoutmaster, leading Troop 53 in Darien. He led the Boy Scouts on hikes and camping trips, and many became Eagle Scouts under his guidance and leadership. All through his life, he loved to get out for walks around his neighborhood, something he enjoyed doing until he was no longer physically able.

He is survived by his sons, Bruce Edward of Norwalk (Karen, deceased), and Kenneth Gregory of Norwalk (Cynthia). He was the loving grandfather of six grandchildren: Danielle, Bruce, Andrew, Joseph, Sarah and Christopher; five great-grandchildren: Genevieve, Harper, Adam, Ryann and Margaret; and uncle to many nieces and nephews.
Besides his parents and wife, Selwyn was preceded in death by his son, Mark Andrew of Darien; and his siblings, Richard, Robert and Betty.

His wake and funeral service were held on Oct. 21.