Maura Gallagher-Wilson, of Darien died on Oct. 13, at Stamford Hospital. She had battled metastatic lung cancer and its complications for nearly two years. She was 58. 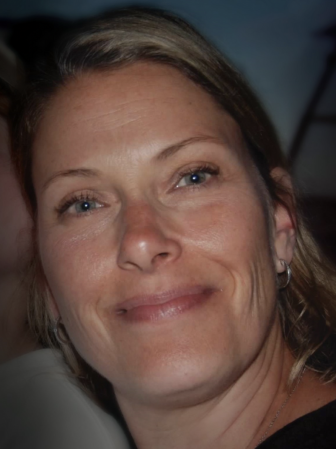 Maura was born on Sept. 16, 1964, in New Orleans. The following year she was adopted by James (Jim) and Katherine (Ann) Gallagher, who would soon move their growing family back to their native New York.

Maura spent her youth in Croton-on-Hudson, New York; Brookfield; and Cortlandt Manor, New York. She graduated from the Hackley School in Tarrytown, New York, and earned her degree in English literature from George Washington University in Washington, D.C.

Maura grew up around advertising and automobiles, and both found their way into her blood. Her first job was as a media planner at Grey Advertising in New York, followed by account management roles on automotive brands at agencies Gallagher Group Inc. (her father’s firm, handling Ford) and Chiat/Day Advertising (Infiniti).

In 1994, she joined Mercedes-Benz USA, where she would spend 12 years in management roles across marketing, after-sales/customer care, and human resources. Maura loved the brand and the people with whom she worked. She was an accomplished woman in a very male-dominated industry, and she championed other women whose talent and potential she recognized.

In 2006, Maura left Mercedes-Benz for the job she lived for: being a full-time mother to her son, Liam. She shared with him her love of great literature, music, television and cinema; her high standards and unswerving character; her competitive spirit; the value she placed on knowledge and critical thinking; her generosity and loyalty.

She was proud of her credentials as a dauntless, devoted New England “baseball mom,” crisscrossing the Northeast with her bleacher chair from early March to late October. She loved watching her son play and she made very dear friends in those bleachers.

Maura was a reader and a researcher. When she shared an opinion, whether about current affairs or lobster rolls, it was well-informed. She was both interesting and interested — a great conversationalist.

Through the books, movies and television she loved, she remained a lifelong student of English and European history and culture. She loved cats, dogs, and horses; she adopted and fostered many of the first two and rode in equestrian events in her youth. She was a fearless and very talented chef who especially loved cooking for her “boys.”

Maura had a steady, pragmatic, clear-eyed view of the world. She was a source of advice and wisdom to her friends, and her friendships were deep and enduring. This past June, Maura celebrated with pride and gratitude her 30 years of sobriety, a path she helped many others find.

Maura was predeceased by her parents, Jim and Ann Gallagher. She is survived by her husband, Thomas (Tom) of Darien; her son, Liam of Darien and Somerville, Massachusetts; her sister, Donna Campbell Conrad, brother-in-law, Marc Conrad and nephew, Justin Conrad, all of New Orleans; her brother, Matthew Gallagher, sister-in-law Fabrisa Gallagher, and nephews and niece Christian Gallagher, James Gallagher and Anna Gallagher, all of Matamoras, Pennsylvania; her brother, Thomas Gallagher of Scranton, Pennsylvania; her aunt, Maureen Corbin Topf, and husband, Charles Topf, of Middle Village, Queens; and many much-loved cousins and their children.

A memorial service for Maura will be held at 11 a.m., Friday, Nov. 4, 2022, at Noroton Presbyterian Church, 2011 Post Road, Darien. A reception will follow at the church.

Should you wish to memorialize Maura, please consider making a donation in her name to the American Cancer Society or to your local humane society.