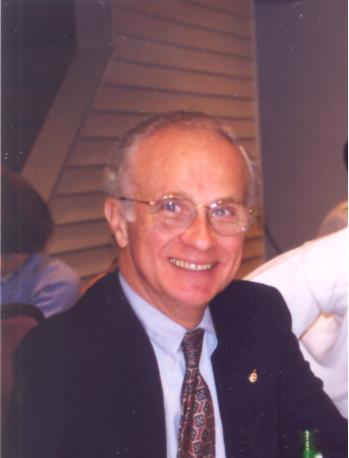 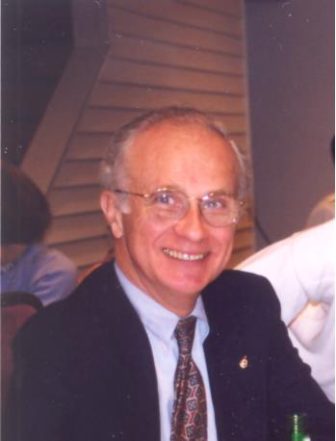 Throughout his childhood and early adulthood Sandy spent many idyllic summers in New Preston, Connecticut on Lake Waramaug at his grandparents’ home. Sandy graduated from Montclair High School, where he wrestled and played soccer.

Majoring in History at Wesleyan University he played soccer and was a member of the Eclectic Society. He received his law degree from Rutgers University School of Law. College summers were worked at the family-owned Inn on Lake Waramaug.

During the Korean War, he served his country as a member of the U.S. Army Reserves. In 1965 Sandy married Judith Johnson, and they raised their two children in Darien.

— an obituary from Edward Lawrence Funeral Home, where you may leave an online condolence

Sandy was a 40-year resident and real estate/probate attorney in town. He was a partner of his own firm Millar & Ambrette at the time of his retirement in 2003.

During his time in Darien he was an enthusiastic tennis and paddle player. A highlight was winning the Middlesex Men’s doubles tennis championship.

In retirement, Sandy and his long-time companion Frances Hitchcock split their time between homes in Wellfleet and Camden, Maine. While in Wellfleet he volunteered as a docent at the Wellfleet Historical Society.

His daily morning routine was to walk for miles at Newcomb Hollow Beach soaking up the natural beauty, picking up litter, and finding left-behind items that someone somewhere might find useful or enjoyable. This morning ritual was capped off by a dip in the water, regardless of the temperature.

In Maine he was a member of the Rockland Kiwanis Club and Camden Garden Club. At both homes he was a professional putterer, giving particular love and attention to his vegetable and flower gardens.

Sandy was endlessly entertained by the shenanigans of their cockapoo Millie. He often commented on how Millie kept him young. He and Fran enjoyed annual travel adventures overseas. While visiting family in Connecticut he cheered and applauded his grandchildren at numerous sporting events and recitals. Each child filled him with love and pride.

Sandy will be forever loved by son, Matthew, of Norwalk; daughter, Missy Fiorita, and her husband, Paul, of Darien; and their four children, Emma, Matthew, John, and Lila.

In addition to Fran and Millie, he will be dearly missed by Fran’s son, Randy Geehr, and his wife, Jill, of Florida, and their daughters, Avery and Nicole; and Fran’s daughter, Susan Lewis, and her husband, Jeff, of Maine, with their sons, Robin, Tristan, and Alden. Sandy will be fondly remembered by many cousins, nieces, nephews, and treasured friends.

Calling hours will be from 4 to 7 p.m., Friday, Nov. 22, at the Edward Lawrence Funeral Home in Darien. The memorial service will be at 2 p.m., Saturday, Nov. 23 at Noroton Presbyterian Church.

In honor of Sandy please handwrite and mail a letter to someone you love.