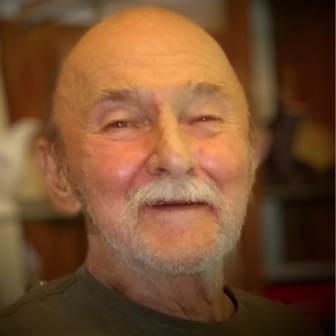 He was born on July 25, 1954, in Laurel Hill, North Carolina. Ron served in the Army from 1971-1973, during which time he was stationed in Korea. He was an outdoor power equipment mechanic for years at Bianco & Gilman in Darien, both before and after his military service.

He later moved to North Carolina and worked most recently as a landscaper and small engine mechanic in Stokes County. He was a lifelong lover of animals and of the Peanuts characters, especially Woodstock.

He is survived by his wife Laura of King, North Carolina; his daughters, Monica Lane and Erica Lane; and his grandchildren, Logan and Haleigh Hayden, all of Connecticut; his brother, Larry Steve Lane (Maureen) of Georgia; his sister, Norma Jean Lane of Connecticut; his half-brother, Robert Walter Lane (Shannon), and step-sister, Janet Jackson (Schubel), both of Pinnacle, North Carolina. He was preceded in death by his parents, Gurnie Robert Lane and Carrie Petit Lane, and his brother Walter Gray Lane.

In accordance with Ron’s wishes, there will not be a funeral service.

Memorial donations may be made to Friends of the Stokes Shelter, 1111 Dodgetown Road, Walnut Cove, NC 27052.

— an obituary from Cox-Needham Funeral Home, where online condolences may be left