Priscilla Sellery, a long time resident of Darien and Rowayton, passed away peacefully on Friday, Oct. 13 in Greenville, South Carolina. She was 79 years old. 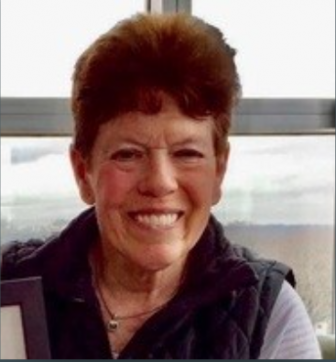 For the past year she had been living at Waterstone on Augusta Assisted Living near where her son, Stephen, and his family reside. The cause of death was a malignant brain tumor, called a glioblastoma, for which she had been treated periodically with radiation and chemotherapy since its discovery in 2018.

Born Priscilla Barton Forster on June 26, 1941 in New York City, Priscilla was the daughter of Norman and Elizabeth Chapman Forster. With a nod to her mother’s Quaker roots, indeed her Mayflower heritage, she was named after Priscilla Alden.
While her father headed the family’s well-known, luxury linen shop, Leron, on Fifth Avenue in New York, her mother, known as Boo, served as vice president of New York’s Junior League.

In 1950 the family, which now included younger brother David, moved to Darien, where she would grow up. There, Priscilla studied Spanish and French, played violin in the town orchestra and was presented in the 1959 Stamford Debutante Ball.

Priscilla went on to graduate from Centenary College, spent a year at Reid Hall in Paris and later earned a degree in French from the University of Connecticut. Upon graduation she served for a time on the faculty of New Canaan Junior High school.

In Darien she met Steve Sellery, a native of Evanston, Illinois, and in 1964 the couple were married at the Norton Presbyterian Church. They had three children: David, Amy and Stephen. Steve’s career moves took the family to Norwood, Massachusetts, Malvern, Pennsylvania, and Los Angeles. Their marriage ended in divorce in 1978.

Priscilla and her children eventually returned to Connecticut. The family lived together there for many years with her mother, Boo Forster, who taught drama at King Low-Heywood School in Stamford for some 40 years.

In Connecticut, Priscilla worked at Keep America Beautiful, but eventually found her life’s vocation at Silver Hill Hospital in New Canaan. For over 30 years she helped people there in crisis. For many years as a psych tech she specialized in working with adolescents, amassing a library of VHS tapes she chose to entertain and comfort young people.

Those who worked with Priscilla on the acute unit, like Cathy Barsanti, describe how helpful and kind she was with both patients and staff. Priscilla went on to forge a close bond of friendship with Cathy and several co-workers, traveling together on vacations to England, Ireland, Scotland, France and Morocco. There were also many fun filled trips to the spa at Foxwoods.

Highlights of their travels included sailing on the Queen Mary and attending the Highland games in Braemar. As a co-worker who knew Priscilla’s penchant for neatness and tidiness said upon learning of her passing, “she’s probably in Heaven fixing and organizing.”

Thinking of others first, not being judgmental and embracing the goodness she saw in all people: these were hallmarks of Priscilla’s character, her personality and her faith. She showed it in countless ways: in unexpected gifts, thoughtful hand-written cards, the word “absolutely” she uttered whenever she was asked for a favor.

New acquaintances and old friends alike knew her for her kindness, humility and smile. Who can forget her home made apple pies or her abiding love for her cats!

Living together for so many years under one roof with her children and her mother, Boo, surviving a fire that destroyed their house in Darien along with many treasured possessions, then all moving to Rowayton, Priscilla derived strength, indeed a moral compass, from her mother, who believed above all else in the importance of harmony, in getting along and in being kind to others.

In addition to her son Stephen and his wife Kaley, Priscilla leaves behind her son David and his wife, Jane, of Cary, North Carolina; her daughter, Amy, and her husband, Vince, of Woodland Hills, California; her brother, David, and his wife, Dale, of North Salem, New York, and her nephew, Graham Forster, of Hamden. She also leaves behind 10 grandchildren: John, Christopher, Caroline, Wesley, Slade, Robert, Ella, Elizabeth, William and Emma.

Priscilla’s ashes will be buried on her 80th birthday on June 26, 2021 at the Chapman family plot at Friends Cemetery in Westbury, Long Island.