Four years ago, and again two years ago, a driver was stopped by area police and charged with driving with a suspended license. In both cases, he later failed to appear in court, police said.

Last week, Darien police stopped him on the Post Road and arrested him. 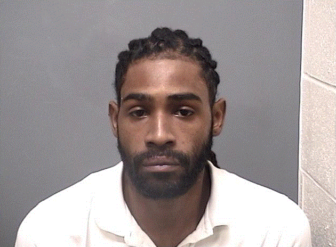 In the 2015 case, Greenwich police stopped Cavel Banton, 28, of Bridgeport on July 20 of that year and charged him with driving with a suspended license and having an improper rear marker or lights.

In 2017, state police stopped Banton in Darien (perhaps on Interstate 95) and charged him with reckless driving at a speed of more than 85 mph and with driving with a suspended license.

On March 29 of that year, he was charged with failing to appear in court.

Almost two years later, at 10:43 p.m., Feb. 14, 2019, Darien police stopped a vehicle going east on the Post Road without a front license plate. The stop took place near Clubhouse Circle. A police officer saw that a rear brake light was out.

An officer also smelled the strong odor of marijuana smoke when talking with Banton, who admitted he had some with him, and he handed it over to the officer. He was given an infraction ticket for possessing less than half an ounce of marijuana.

A routine check by police found the two arrest warrants charging Banton with failure to appear in court, and he was arrested. He was later released after posting $6,000 in bonds.