An aide working for a resident in Maplewood At Darien stole a blank checks from that resident, then worked with an accomplice who cashed it with a forged signature, Darien police said.

According to police, the same aide was also arrested in Norwalk on an accusation of stealing credit card information from another client, and police also found that the aide stole a check from a third victim.

A family member of the nursing home resident told police in January that one of the resident’s checks had been cashed with a signature that didn’t match that of the victim. The family member had been notified by the bank that the transaction might be fraudulent. 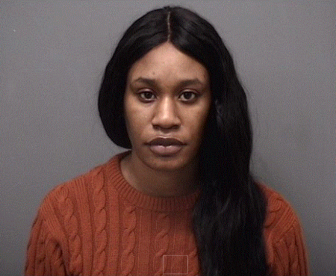 Jodian Nunes, 28, of Cove Road in Stamford, was arrested in connection with check thefts and forgeries.

The elderly victim hadn’t written a check in years, the family member told police. Police did not say how much had been stolen in the transaction.

An employee of the company that had the provided the aide to the elderly client told the family member that the aid had been arrested on an accusation of stealing credit card information from a client in Norwalk.

Nunes had been arrested by Norwalk police on Dec. 22 on charges of third-degree identity theft, third-degree larceny and third-degree payment card fraud, all connected to an incident that took place on July 30, 2020, according to the state Judicial Branch website.

The aide, Jodian Nunes, 28, of Cove Road in Stamford, had written the stolen check to another person, who cashed it through that person’s own bank account. Nunes and the other person split the money.

Police did not say that the other person has been arrested, or even whether that other person is suspected of being an accomplice.

During their investigation, police discovered that Nunes also stole a check from a third client, and that check was also deposited into the other person’s account.

Nunes turned herself in at Darien Police Headquarters on Thursday, March 4. She was released on a $150,000 bond and taken to state Superior Court in Stamford that morning. Her bond was later eliminated and she was released. She is next scheduled to appear April 5 in that court.