Mary Childs, the host of NPR’s Planet Money podcast is coming to Darien Library on Wednesday evening, Nov. 2, to discuss her book, “The Bond King: How One Man Made a Market, Built an Empire, and Lost it All.”

The event’s date has now been changed from Oct. 5 to Wednesday, Nov. 2.

In “The Bond King,” high finance meets high drama in the story of the colorful career of Bill Gross, a flawed entrepreneur and brilliant innovator who co-founded the Pacific Investment Management Company, also known as PIMCO, in 1971. 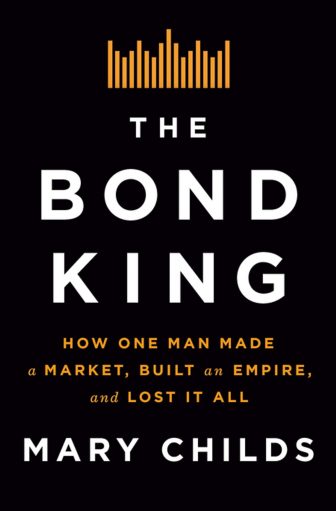 As Childs explains, the story behind Gross was complicated. With him at its helm, the company, based in Newport Beach, California, changed the notion of the bond industry from being a sleepy retirement investment to a financial powerhouse that created fortunes — but also, uncertainty.

Childs examines American finance over the last 40 years and discusses how we have gotten to the point in our economic history where so few have so much, and offers a gripping in-depth look at Gross’s secretive, wildly lucrative firm.

The event is sponsored by the library and Barrett Bookstore. Books will be available for purchase at the event.

Don’t miss your chance to hear Mary Childs delve in to this intriguing story in person on Wednesday, Nov. 2 at 7 p.m. in Darien Library’s Community Room.

Mary Childs is a co-host and correspondent for NPR’s “Planet Money” podcast. Before joining the team in 2019, she was a senior reporter at Barron’s, a financial news magazine, where she covered the alternatives industry, the bond market, and capitalism.

Prior to that, she worked at the Financial Times and Bloomberg News. She’s written about the pioneering of new asset classes like time, billionaires’ proposals to solve inequality and diversity and discrimination in the finance industry.

Childs is the recipient of the Thomas J. Watson Fellowship and spent a year traveling the world painting portraits. She graduated from Washington & Lee University in Lexington, Virginia, with a degree in business journalism and wrote an honors thesis comparing the use and significance of media sting operations in the U.S. and India.

Darien Library is a Library Journal Star Library. It is among the busiest in the state with over 1,300 people visiting on an average day and has the highest per capita circulation of items in Connecticut.