Robert E. McGill III, 91, passed away peacefully in the early hours of Sept. 22 at his home in Essex. The cause of death was congestive heart failure. 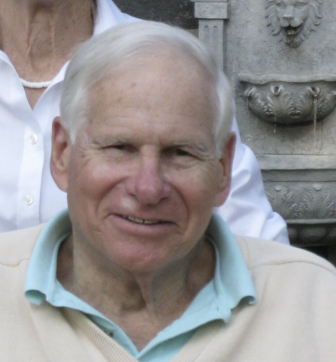 Known as Bob and also “Tiger” to his many friends and colleagues, he was a graduate of Williams College (1954) and the Harvard Business School (1956).

Born in San Francisco in 1931, his family relocated to Cincinnati in 1941, where he graduated from Walnut Hills High School in 1949.

He married Daphne Urquhart Driver in 1958; they moved their growing family as Bob’s career took him from Allentown, Pennsylvania, to Darien, Simsbury and Williamstown, Massachusetts, and after retirement, to Vero Beach, Florida and Essex.

Bob made his career in corporate finance, beginning at Morgan-Stanley in New York City before taking a position with Air Products in Allentown. He spent the middle years of his career working for two furniture companies, General Interiors and Ethan Allen, before taking up the position of chief financial officer at the Dexter Corporation in Windsor Locks.

He also joined forces with a college friend and founder of Ravenswood Winery in Sonoma County, California, using his financial expertise to help the winery raise capital through the very first Dutch auction with W.R. Hambrecht & Co.

Bob was proud to serve on the board of Jaccomo, the financial services company his son Mac formed, and served for many years on corporate boards including the Dexter Corporation, Life Technologies and Travelers-Met Life Mutual Funds.

Bob was a tireless advocate for charitable organizations and the arts. He served on the Board of the Hartford Symphony and as president and treasurer of the Williamstown Art Conservation Center where he helped to facilitate the building of the Stone Hill Center, designed by Tadeo Ando.

Additional charitable board memberships include the Colt Trust in Hartford and the Berkshire Food Project in North Adams, Massachusetts. He often served on the leadership and finance committees of the communities in which he lived, including Spyglass Lane in Vero Beach and Essex Meadows.

A lifelong Episcopalian, Bob served on the vestries of St. John’s Church in Williamstown and St. Anne’s Parish in Old Lyme.

Bob was an active and enthusiastic member of his classes at Williams College. Taking a year off to recover from polio in 1952, he celebrated his membership in both the Class of 1953 and the Class of 1954, often attending both reunions and hosting parties with Daphne under a tent in the family’s backyard.

While polio affected his mobility for most of his adult life, Bob never complained about his disability, preferring to live his life to the fullest, qualities that were greatly admired by his family, friends, and colleagues.

He was a generous host, encouraging friends and classmates to visit the house in Williamstown. He delighted in presiding over festive dinners and was seldom happier than when his children, friends and grandchildren gathered around a table in good cheer.

A memorial service will be held at 10:30 a.m., Oct. 8 at St. Anne’s Episcopal Church at 82 Shore Road in Old Lyme. In lieu of flowers, consider a donation to the Essex Meadows Employee Appreciation Fund, 30 Bokum Rd., Essex, CT 06426

— This obituary is from Robinson, Wright & Weymer Funeral Home, where online condolences may be left.