Dr. Peter Ames Goodhue passed on Nov. 23 with his loving family by his side. Peter practiced obstetrics and gynecology at Stamford Hospital for 46 years. 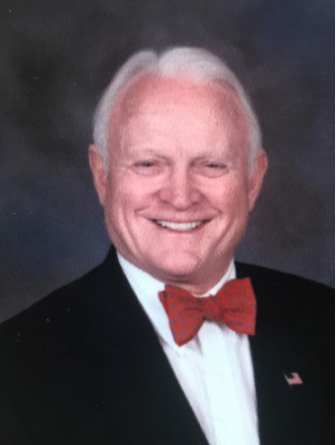 Peter was born in Fort Fairfield, Maine to Lawrence and Zylpha Goodhue. Upon graduation from High School, Peter attended Hebron Academy, Amherst College and University of Vermont Medical School in 1958.

He then moved to Greenwich Village with his wife, Ann to serve an internship with the First Surgical Division of Bellevue Hospital in New York. Later, at the Tulane University Department of Obstetrics and Gynecology, Peter finished an additional internship. Peter took his residency at Yale New Haven Medical Center.

From 1962-1964 he was a Captain in the U.S. Air Force. In 1964, Dr. Goodhue moved to Darien with his family and established a private practice near Stamford Hospital.

He maintained fellowship in numerous professional organizations including chairman for the Connecticut State Maternity Mortality Committee, president of the Connecticut Society of the American Board of Obstetricians and Gynecologists as well as the Stamford Medical Society.

Dr. Goodhue also taught as a clinical professor for Columbia Presbyterian New York Medical College. He retired from his practice when he was 80.

Peter’s exuberance lit up many rooms which he filled with his infectious laughter and funny stories and jokes, always wearing his signature bow ties. He genuinely felt it to be the best medicine. If a piano was around, he loved to play and sing his favorite frat songs, jazz, or Christmas carols.

While working a demanding and unpredictable schedule delivering babies, Peter found time to be a great and caring husband and father. He loved to travel with his family, ski in Vermont, summer in Pemaquid, Maine and spent lots of quality time with his grandchildren. Pulling the kids behind his lobster boat to waterski was always a favorite event.

Racquetball was his go-to sport for many years on his lunch break. He continued to go to the gym three times a week to exercise and see his buddies until his final days.

Peter was faithful and felt blessed to be a part of his most favorite thing – witnessing new lives enter the world through the miracle of birth. So much of the time he seemed like a performance artist. Peter pressed through the difficult times with eternal optimism. He could find something good in everyone and make anyone feel comforted when he’d say: “Don’t worry. Everything works out”.

There will be a celebration of his life at 11 a.m., Dec. 22, 2021, at St. Luke’s Parish in Darien followed by a reception. In lieu of flowers, please make a donation to the Bennett Center at Stamford Hospital, in memory of his beloved wife, Ann Goodhue.