Paul Frank Landovsky, passed away, after a long time being bedridden, on Oct. 31 in Darien. He was 90. 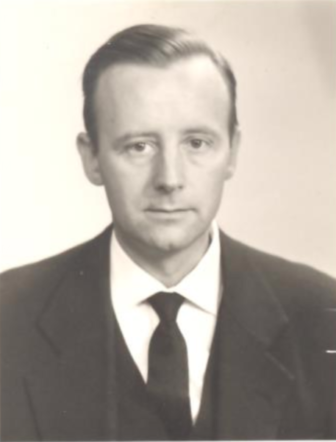 He was born June 29, 1929, in Ostrava-Vitkovice, Czechoslovakia. Paul grew up in family farm in Pist, near Ostrava, Czechoslovakia, the first child of Josef Landovsky and Pavla Kozminova. He had one sister Jane. Paul is survived by his niece Paula, of Escondido, CA (George) and her two daughters Theresa and Jessica. Other relatives who survived Paul are Jana Pestakova and her son, David Pestak and cousin Jiri Kozmin who reside in the Czech Republic. Paul’s Landovsky’s wife, Mathilde A. Koenig predeceased him in 2010.

Throughout his childhood and early adulthood Paul spent idyllic time with his family in Pist, Czechoslovakia, beloved of all his big family, grandparents Emil and Anna, uncles and aunts.

His childhood was interrupted with World War II, and the whole family had to move and find a place for living in really dramatic circumstances. They made it, and all the family survive that war.

The bad time for the whole family started after that. The communist regime took all their property and the family moved to Prague, where Paul started study Gymnazium Dr.E. Benese.

He was working with his father a while and he got a job in Geodetic and Cartographic enterprise for a couple of years. He got his degree as an architect.

He didn’t agree with the communist regime and he protested against it, later he decided to escape from Czechoslovakia in October 1964. Mr. Landovsky came to the United States in 1967 and became a naturalized U.S. Citizen on Aug. 24, 1970. He lived in New York City prior to buying a house with his wife, Mathilde A. Koenig in Darien Connecticut in 1974. When he met his wife Mathilde, they lived for a couple of years in Kentucky. Because they both had a job in New York, they moved to Darien, where they bought a house, where they lived until their last days. During his time in Darien he was a member of Darien Boat Club after getting his license.

He found himself in the construction industry. He worked for several construction companies in New York City, like Hazyen & Sayer. He traveled all around the world and he was part of the team of architects. He frequently traveled to Italy, where he purchased supplies of carrara marble for many buildings in Manhattan, which were renovated during 80’s. Mr. Landovsky worked as an architect on several major buildings in New York City. One of the buildings he worked on was owned by Donald Trump.

He was a smart and successful businessman with love for his family. Mr. Landovsky passed away peacefully in his house.

Services will held in Czech Republic, and he will be interred in the family grave.

Donations in his name may be made to the American Parkinson’s Disease Association.