Nancy Ann Register Perry died Nov. 5 at Sombrillo Nursing Home in Los Alamos, New Mexico. Nancy had been living with Type 1 diabetes and Alzheimer’s for the last five years and died peacefully in her sleep at the age of 78. 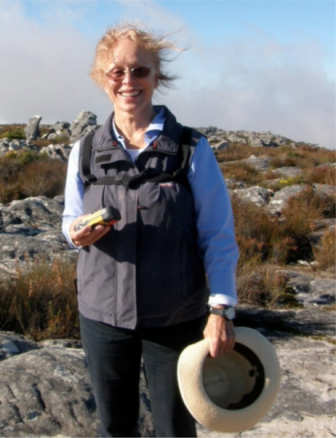 She was born on Feb. 11, 1943 at City Hospital in Columbus, Georgia to James Willard Register and Levada Louise Riley Register.

She grew up in Columbus. Her father was a lawyer in private practice and her mother was a housewife and nationally recognized Girl Scout leader. Nancy had one younger sister, Judy, who predeceased her at age 8 due to natural causes when Nancy was 11.

Nancy attended Columbus High School, then left Georgia in 1961 to attend Vassar College in Poughkeepsie, New York, graduating in 1965 with a Bachelor of Arts degree in art history and mathematics.

Upon graduation she married Gregory Marshall Perry of Wilton. Shortly thereafter they returned to Columbus while he was stationed at Fort Benning during the Vietnam War. They then settled in Pelham, New York in 1972 and later moved to Redding in 1978, where Nancy resided until 1998.

After their divorce in 1981, Nancy earned a secretarial degree at the Katherine Gibbs Secretarial School and soon rose through the ranks to manage the Dance Notation Bureau in New York City. There she had the opportunity to work with great choreographers including Martha Graham and Robert Joffrey.

She also was able to pursue her love of dance and learned to write down dance through labanotation. At this point,Nancy also became an aerobic dance instructor with Jackie Sorensen’s Aerobic Dancing and could be seen all over town in her leotards and leggings.

Life was not always easy for a single woman raising four daughters in the 1980s in rural Connecticut. Eventually, Nancy chose to work closer to home and held a variety of jobs at local Connecticut companies, including roles at the Weston Field Club, the Whistle Stop Cafe, and Dapco Industries, to name a few. Through it all Nancy kept her smile and kept dancing.

Later, in 1995,Nancy earned a master’s in mathematics and education from Fairfield University. She taught mathematics at Darien High School before moving back to Columbus in 1998 to take care of her father after her mother passed away.

In 1999 after her father died, Nancy moved to Lynchburg, Virginia to live closer to one of her four daughters, Stephanie, and spent the happiest years of her life in retirement there.

She was an active member of St John’s Episcopal Church, a member of the Boonsboro Country Club, an accomplished duplicate bridge card player, an avid gardener, and a dog lover.

She had many friends in Lynchburg and started to travel, including trips to South Africa, Croatia, and Vienna among other places. She also kept up a steady stream of visits to her daughters including trips to Europe, the Middle East and North Africa.

She remained in Lynchburg until 2014, lived briefly in Knoxville, Tennessee with another daughter, Loring, before moving to the Sombrillo Nursing Home in 2016 when her memory started to make it too difficult for her to live on her own.

The Funeral services will be held 1 p.m., Sunday, Nov. 14, 2021 in the funeral home chapel. A private burial for the family will immediately follow the service in Riverdale Cemetery.

In lieu of flowers, the family requests a donation to the JDRF Type 1 Diabetes Foundation in Nancy’s memory.

— an obituary from McMullen Funeral Home and Crematory, where online condolences may be left