Michael E. Smith passed away from lung cancer on Monday, May 31, at his home in Minneapolis, surrounded by love.He was 78. 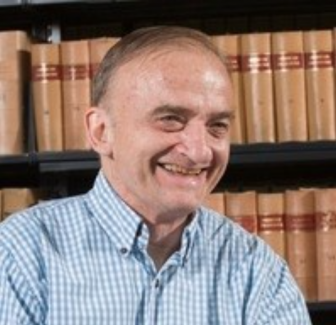 He was born June 30, 1942, the son of Francis E. Smith and Alexandra McNally Smith, of Darien. He was a loving father to his children, Graham and Charlotte, enjoying their company and valuing the uniqueness of each of their personalities. He cherished the happiness and loving companionship that he found with his wife, Kate.

Michael graduated from Princeton University in 1965, attended Oxford University as a Rhodes scholar from 1965-1967, and graduated from Harvard Law School in 1970. He played college football for the Princeton Tigers and was the starting center in their undefeated 1964 season. He was the recipient of the 1965 Pyne Prize, the highest distinction conferred on a graduating senior. In 1990, Princeton awarded him a Maclean Fellowship for distinguished alumni, citing his contributions in the field of criminal justice.

From 1978 to 1994, Michael directed the non-profit Vera Institute for Justice in New York City, serving as its president from 1988 to 1995. Under his leadership, Vera developed a multidisciplinary team of criminologists, sociologists, economists, anthropologists, social workers, and lawyers to devise innovative reforms in crime control and justice administration.

This action research launched numerous successful collaborations with criminal justice agencies and demonstration projects that spun off into independent organizations in the areas of holistic public defense, community policing, and alternatives to incarceration.

SEE ALSO, on the institute’s website: “The Vera Institute of Justice celebrates the life and mourns the death of Michael E. Smith“

From 1995 until 2009, Michael served on the faculty at the University of Wisconsin-Madison Law School, where he taught courses in criminal law, criminal procedure, and a seminar on sentencing and corrections.

Michael also served as a visiting professor at Yale Law School and Hofstra Law School and from 2011 to 2014 as the executive director for the Robina Institute for Criminal Law and Criminal Justice at the University of Minnesota.

Michael’s deepest commitments throughout his career were to those who were less fortunate than himself. As an undergraduate student, he coordinated a delegation to the 1964 Mississippi Freedom Schools in the Jim Crow South. His projects at the Vera Institute focused on creating employment for ex-offenders, opportunities for persons experiencing housing insecurity, and systems for self-sufficiency among the elderly and persons with a variety of disabilities.

Michael possessed a rare combination of an agile mind and a deep heart. He was regularly described by those who knew him as one of the smartest people they had ever met. He coupled his intelligence with profound empathy and insight into the inner lives of others, making him a strong and effective advocate.

He maintained deep, long-lasting friendships and charmed more casual acquaintances with his kindness and humor. As a teacher, he left an indelible mark on the lives of his students, shaping them not only as thinkers, but as explorers of what he liked to call “life, its meaning and purpose.”

He had a great love for sailing and was an avid golfer and skier. He also enjoyed adventures of the mind as a voracious reader.

Michael is survived by his sister, Catherine Sheridan Smith; his son, Graham Smith, and daughter, Charlotte Smith; and his wife Katherine Kruse, step-son, Kinkaid Kruse-Frink, and step-daughter, Rose Livermore. He is preceded in death by his parents, Francis and Alexandra Smith.

Memorial gifts can be sent to Common Justice, a non-profit organization in New York focused on developing and advancing solutions to violence that transform the lives of those harmed and foster racial equity without relying on incarceration.

— This obituary was previously published by Madison.com on Legacy.com, where online condolences may be left.