Matthew Raymond Zachowski, 68, of Rockingham, Vermont and formerly of New Canaan and Darien, passed away Sunday, Sept. 12, 2021, surrounded by family. A private memorial will be held. 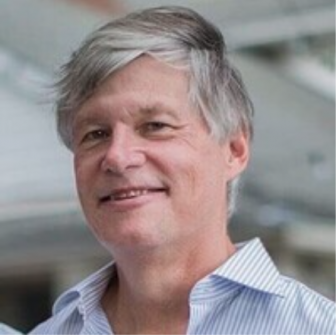 Matthew Zachowski, 68, passed away Sept. 12. A private memorial will be held.

Matt was an executive and founding partner of Intermarket Communications, a New York City-based public relations and marketing firm, which he led for over 35 years.

A devoted husband and father, he adored his children and grandchildren and took immense satisfaction in their accomplishments. Matt inspired those near him to do their best and to maximize their talent, and to those people closest to him, he embodied the highest type of courage — the courage to brave adversity and to still wake up in the morning with enthusiasm for the day ahead.

For most of that period, Intermarket was ranked as one of the top 10 U.S. firms in its sector, and Matt came to be known as a leading expert in the marketing and promotion of market structure solutions and financial technology. To innumerable colleagues, clients and collaborators, Matt was an inspirational mentor, leader and friend.

Matt married Lucia Mulkiewicz Zachowski in 1991, and for 30 years they shared their love for Federal antiques, restoring period homes, classical music and faithful animal companions. Above all else, they shared their devotion and gratitude to their family and friends.

The couple welcomed their daughter, Alexandra in 1993. Whether driving countless miles to horse competitions or motivating Alex to pursue her dream of becoming a licensed veterinarian, Matt was Alex’s biggest supporter and wore the title of “World’s Best Horse Show Dad” with pride.

Matt was an impassioned baseball fan, an avid collector of sports memorabilia and a nostalgic lover of rock ‘n’ roll, all passions that he shared enthusiastically with his son, Jeffrey (born in 1982), who still fondly recalls his father’s effusive celebration of Stéphane Matteau’s Game 7 goal at Madison Square Garden in 1994.

Matt was predeceased by his parents, Ray and Helen. He is survived by his wife, Lucia, his children, Jeff and Alex, his daughter-in-law, Jessie, his grandchildren, Kalon and Dashiell, his brother, Rob, and his loyal dogs, Sandy and Peach.

In lieu of flowers, the family requests that donations be sent to PPNK or ASPCA.

— an obituary from Knight Funeral Home & Crematory, where online condolences may be left