Mary Mary Craighill Yellowlees passed away at home in Atlanta with family on July 14. She was 82. 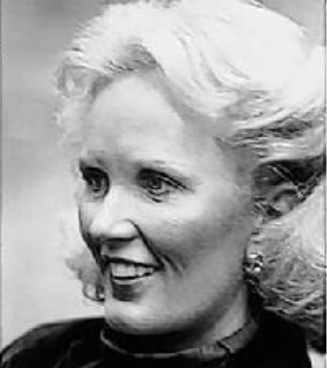 She was born in Washington, D.C. on Aug. 31, 1937, the daughter of Mary Haile Craighill and Alexander Lee Craighill. Moving to Columbia, South Carolina two years later, she attended A.C. Moore School and Dreher High School, as well as the University of South Carolina, where she belonged to Kappa Delta Sorority.

In 1962, she moved to Charleston. It was there that she met her future husband, Bob Yellowlees, an officer in the United States Navy. Later, she joined the staff of U.S. Sen. Olin Johnston.

Mary and Bob were married the following April at Christ Church, Georgetown, Washington, D.C. In 1965, they moved from Washington to Atlanta when Bob returned to IBM. Subsequently, they relocated to Darien, returning to Atlanta in 1970.

Over the years, they maintained an apartment in New York as well as a vacation cottage at Sea Island. Mary was very fond of interior design, fashion, bridge and gardening, with a special affinity for white roses and orchids.

She was devoted to her family and friends, with whom she shared her quick wit and sense of humor. Blessed with uncommonly good judgement, she was a superb judge of character. Kindness and consideration were cornerstones of her personality.

A member of the Columbia Cotillion Club, Junior League of Atlanta and National Society of Colonial Dames, she attended St. Philip’s Cathedral.

A service for her immediate family was planned, with internment at the Memorial Garden of the Cathedral of St. Philip. A celebration of Mary’s life will be scheduled.

In lieu of flowers, donations are suggested to the Thomas H. Lanier, Jr. Foundation (for cancer research) at 2867 Bakers Farm Road, Atlanta, GA 30339.

— This obituary was published by the Atlanta Journal-Constitution on the Legacy.com website.