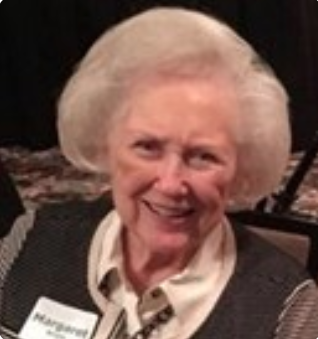 Margaret Wright, 90, passed away on Nov. 6. Her funeral will be held at a later date in Minneapolis.

Margaret Ann Wright, 90, of Minneapolis passed away peacefully on Nov. 6, 2019 surrounded by family.

Margaret Wright, 90, passed away on Nov. 6. Her funeral will be held at a later date in Minneapolis.

Margaret was born Jan. 1, 1929 in Gary, Indiana, and was the oldest daughter of the late Rosalie and Willard Lowe.

She was a long-time resident of Darien from 1953 until 2009. Margaret raised her five children with her husband Lewis Edward Wright until his death in 1997. Margaret was a graduate of Purdue University where she and Lewis met.

Margaret was self-employed in Darien for many years, first as an artisan in the stained glass industry, and later as a successful real estate agent and agency owner. She was a long-time partner with Wheeler Real Estate of Darien.

She was preceded in death by two of her children, Suzanne Wright in 1962, and John Wright in 2002, and a sister Suzanne Snepp of Seattle in 2016.

Margaret is survived by her sister Nancy Roberts of Indianapolis, and three sons Jeffrey, Stephen and Douglas. Jeffrey lives with his wife Joan in Minneapolis, and have three married daughters, Maggie, Jessie and Annie. Maggie and husband Jake reside in Minneapolis and have two daughters Avery and Quinn.

Grandsons Todd (Las Vegas), Scott (Philadelphia), and Nicholas (Yardley), and granddaughter Stephanie (Philadelphia) and her fiancée Kevin have a son named Leo. Margaret’s youngest son, Douglas Wright, resides in Los Angeles where he and his late partner, John Bison lived for many years.

A service for Margaret will be held in Minneapolis on a later date.

— This obituary on Legacy.com was previously published by the Darien Times.