Margaret (Margie) Spindler Strauch, beloved wife of Dr. Gerald (Jerry) O. Strauch, was born into eternal life on Aug. 24, after a brief but lethal illness. She was 88. 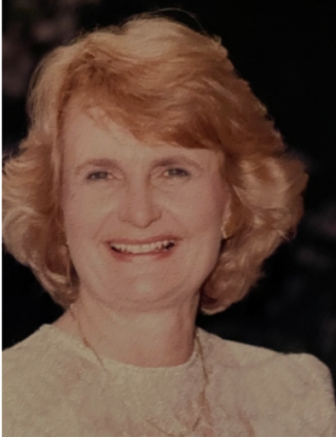 She is survived by her loving husband of 66 years, Dr. Gerald (Jerry) O. Strauch; her son, David; and her daughters, Susan (Manglano) and Jean (Myers). She is also survived by six wonderful grandchildren: Allie and Andrew Strauch; David, Ramon and Santi Manglano and Christopher Myers.

Margie was born in Sheboygan, Wisconsin on March 3, 1933 to Howard and Margaret Spindler. She had one brother, John F. Spindler, who was a close friend and confidante to both Margie and Jerry and a cherished uncle to her children and grandchildren until his recent death in June of 2021.

Margie met the love of her life and future husband at the University of Michigan, where she earned her bachelors degree in 1955. Margie and Jerry were married that same summer and remained in Ann Arbor, Michigan until Jerry finished medical school. Margie was an elementary school teacher at that time. She loved introducing wonderful children’s books to her students and had a deep love of reading throughout her life.

Upon completion of Jerry’s medical residency at Rhode Island Hospital and his two-year service as an army surgeon in Phoenixville, Pennsylvania, the couple moved to Darien, where they lived until 1979.

Margie was a dedicated and loving full-time mother to her three children and she managed to give at least as much attention to the husband she adored. The Strauch household was an especially peaceful one, and that has been a lasting gift to her children.

She had a great sense of humor and passed down to at least one child the habit of calling the family dog almost any cute name but the one it had been given: lamb chop, pumpkin, “eeby weezer.” She was raised with a love of dogs and had at least one almost every day of her life, until she passed. She also loved to spontaneously sing when something delighted her. “When the Roses Bloom by the Garden Wall” was a standard.

Margie relocated twice with her family. In 1979, Jerry became chief of surgery at New Britain General Hospital. The couple moved their family into a historic 200-year-old home in Farmington, and Margie became quite knowledgeable about the history and antiques of that region. In addition, she was a docent and fund raiser for the beautiful Hill-Stead Museum.

In 1989, Margie moved one last time to Winnetka, Illinois after Jerry became associate director of the American College of Surgeons. This was an easier transition for her, as many friends over the years had lived in both the New York and Chicago suburbs and there were connections made before she even arrived to the Chicago area.

In Winnetka, Margie became an avid gardener and member of the Chicago Botanic Garden Woman’s Board and was a member of the Town and Country Arts Club, where she took her turns giving well-researched and entertaining talks on various topics of interest. She was a life-long learner and was always well-versed in the news of the day.

Throughout her vocation as wife and mother, Margie held fast to her Catholic values and beliefs, and both she and Jerry exemplified those values in and outside the home.

Throughout her life, she gave countless hours to worthy causes, even as a young mom. When appropriate, she brought her children with her, leaving a lasting impression of her kindness, her faith and the importance of service to others.

A funeral Mass will be held at 10 a.m., Saturday, Sept. 18, at Saints Faith Hope and Charity in Winnetka, Illinois. Interment will be private.

— an obituary from Donnellan Family Funeral Services, where online condolences may be left