In 1955 a New Haven Railroad commuter train could run non-stop for the 36-mile distance from Stamford to Grand Central in 48 minutes. Today that Stamford-to-NYC run takes 59 minutes at best, despite Governor Lamont’s long-promised dream of a 30-minute trip time.

But now there’s a new effort to speed up the New Haven line: CDOT’s ambitious “Time for CT” $8-to-10-billion plan. It promises 10-minute faster running times from New Haven to New York City by next year and a 25-minute quicker run by 2035. While some dream of a new high speed rail system running from Washington to Boston at 200+ mph speeds, CDOT and Metro-North are taking, in my view, a much more realistic approach to fixing our existing system.

“Higher” speeds will be fine. Reading the consultant-driven 138-page plan, years in the making, one gets a sobering picture of how badly our railroad has deteriorated.

For safety reasons, “slow orders” all along the line have cut speeds to 37 mph, both for commuter trains and Amtrak. 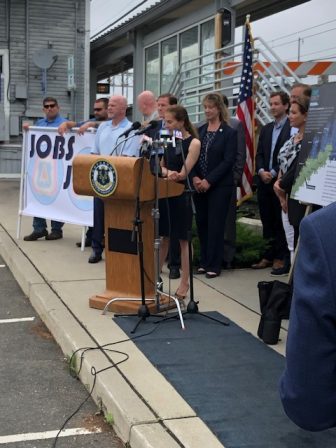 As one trouble spot gets fixed, another pops up as Metro-North plays whack-a-mole with decaying infrastructure. Layer on top of this permanent slow orders implemented by the FRA in 2013 and you can understand commuters’ frustrations.

There are 57,000 track ties that must be replaced. Of the 134 bridges between New Haven and the New York state line, 34 are rated as poor or in serious conditions. The open deck timber bridges are in most need of attention.

And of the five movable bridges, only one has been replaced while the others are each more than a century old. The South Norwalk swing bridge project alone will cost about one billion dollars.

The catenary (overhead power) system is in better shape, but some of its trackside support structures are also in the century-plus club. There’s a lot of work to be done. And trying to do it while still running the railroad will be like changing the fan belt on a car running 60 mph.

At a recent Stratford event unveiling the CDOT plan, the construction unions photo-bombed the press conference unveiling a huge banner reading “Jobs Jobs Jobs.” And every speaker pandered to them promising “45,000 good paying union jobs” on this project. 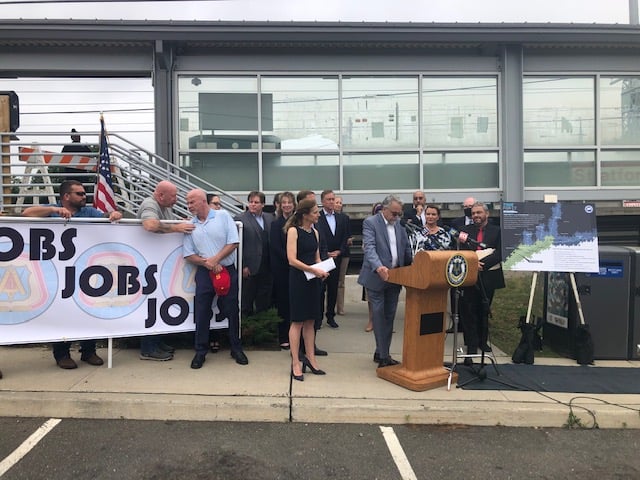 But it’s not like CDOT or Metro-North will be hiring 45,000 new plumbers, electricians and carpenters. That number is a hypothetical projection based on the cost and time involved in the work.

The Metro-North unions have jurisdiction over all track work and you can’t join that union until you get hired by the railroad. Then you need training which can only be done on the job. And you need track equipment, some of which on the New Haven line is 30 years old.

Hopefully we’ll have enough money to make all this happen thanks to Senator Blumenthal and the Congressional compromise on infrastructure achieved recently. But then we still need leadership.

CDOT has been suffering a brain drain in recent years, losing its best and brightest planners and engineers to retirement, those fat state pensions or lucrative consultant jobs. With so much Federal money being thrown at transportation, Connecticut will be in serious competition for a limited pool of expertise.

There’s so much to be done. But it’s all achievable given enough money and patience.